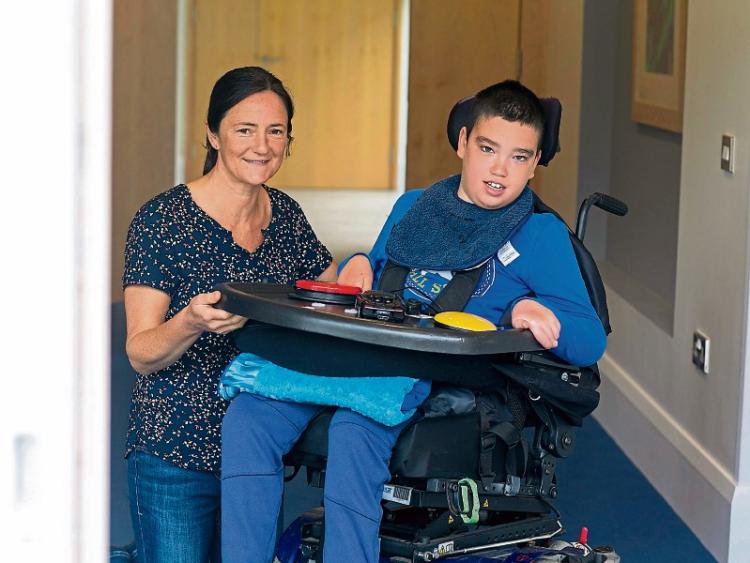 Exhausted parents of children with the most severe, life-limiting disabilities have been finally given a much-needed break during Covid-19 lockdown after a purpose-built facility was specifically adapted for a special June Programme for the children.

The €2.9m St. Gabriel’s Respite House in Mungret, which is the first purpose built facility of its kind in the country, was completed 18 months ago but has not opened due to operational funding deficits. However, it has now been specially adapted and opened in response to the urgent need for support to parents exhausted by the round-the-clock care they give their children.

The state-of-the-art centre is a dedicated facility designed to provide respite breaks for children from across the Mid-West who have physical disabilities and complex medical needs.

The children typically attend St Gabriel’s School at nearby Raheen during day-time but the school has been closed since the coronavirus outbreak in March. Likewise, carers have not been able to visit some families, leaving parents left on their own to provide for the 24-hour complex needs of the children.

The creation of a June Programme, however, has brought much needed respite for both the children and parents. But funding is now required to keep the high dependency unit open into the future or this much-needed support will be withdrawn at the end of the month.

Some 28 families are taking part in the programme, with four children attending each day from 10am to 2pm over a four-week period during the June Programme. Each child has their own separate rooms, including bathroom, with direct access to the outside when spending the day in their own ‘pod’. Two staff typically look after each child but three in cases where the child has particularly acute needs.

Maire O’Leary, CEO of St Gabriel’s said: “We are appealing to the HSE to commit to future funding to keep the respite house open to families of children with physical disabilities and complex medical needs.”