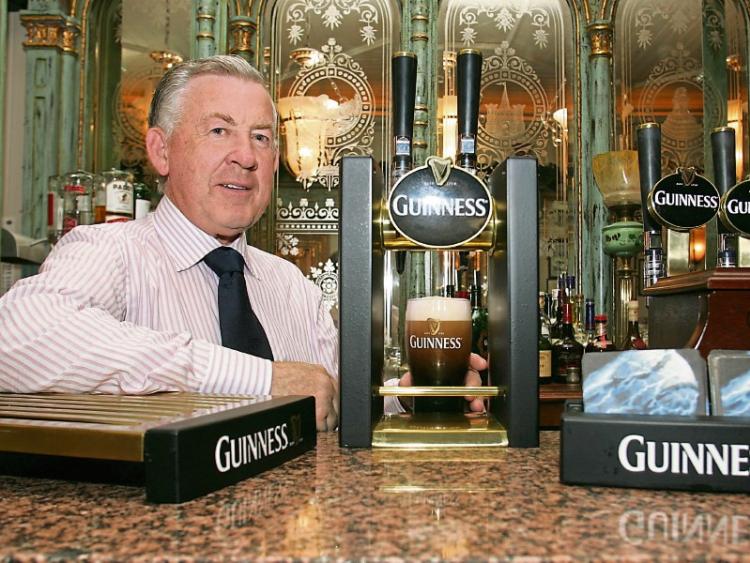 David Hickey, proprietor of South's Bar in Limerick city won't be opening his doors next Monday due to the restrictions and is going to wait until July 20 instead

LIMERICK publican David Hickey is adamant he will not be opening his doors next week for business as “there are far too many restrictions”.

And more publicans in the city and county have spoken out against what they see as the unfairness of some pubs being allowed to trade while others have to remain shut for a further three weeks.

Under final guidelines for the industry pubs that serve food can reopen next Monday, June 29, while those that don't provide an eating option can reopen on July 20.

“I still won’t open next week,” declared David Hickey, proprietor of South’s Bar on Quinlan Street in Limerick city. As the pub serves food, Mr Hickey would be entitled to open his doors on Monday, but he’s not budging.

“There are too many restrictions there - meet them at the door, bring them in, sit them down, get their telephone number and hold it for a month. Our pub is a moving pub - there is a betting shop next door, they are going in and out smoking, they are going back into the shop for cigarettes, you’d want to be a school teacher nearly looking after children saying sit down here, do this, do that,” he said adding, “I’m going to wait until July 20 to open to get everything right.”

According to the final guidelines the pubs intending to open from next Monday can reopen with table service only: no queueing at the bar or socialising away from your table. People must book their slot, they must eat as well as drink, and can keep a table for only 1¾ hours. A new group will be allowed to use the table after a 15-minute pause, for cleaning. Businesses will also be allowed to implement a one-metre physical distancing guideline in “permitted controlled environments.”

One person in each pre booked group must give their name and contact details to a staff member, then make a personal note of each person in their group. The pub will keep the details for a month. Pubs will be required to serve a “substantial meal” for which it would be reasonable to charge not less than €9.

“There is 20 or 30 percent of pubs going to open on June 29 and if that 20 or 30 percent goes well, July 20 will go well. But if it goes wrong on June 29 there may be no July 20. That’s a serious one,” said Mr Hickey who is a former national president of the Vintners Federation of Ireland (VFI).

While Mr Hickey said he welcomes the change from two metres to one, “the problem with a pub is there is so much movement.

“If there is a big sporting event on, it is going to be very hard to get people to sit down and be calm. There are going to be soccer and hurling matches back. Racing is back now. It will take time to work itself out.”

Councillor Jerry O’Dea, who is the local Vintners Federation of Ireland spokesperson, and runs his family pub on Mulgrave Street highlighted the disappointment among publicans that many pubs have to wait a further three weeks after June 29 to open for business.

“Obviously public health is paramount in what we are trying to do but it does seem to be unfair and unusual to be saying one type of establishment can open and the other can’t simply based on whether they serve food or not.”

“There are six pubs in Kilmallock, two are doing food and four aren’t. It seems very unfair that technically two can open and four can’t.

“For example, here in Kilmallock there is only 150 metres between some pubs in the town and it seems ridiculous that two can open and four can’t. There is also a veiled threat that you could be inspected by the Food Safety Authority or gardai, nobody wants that, it puts a cloud over things.

"We all understand health is the priority but a little more common sense would be welcome in terms of these rules. We know what they are trying to achieve but these rules make it almost unworkable. We’d have people coming in who might just want a pint and a simple sandwich and technically we can't serve that now on June 29. It's just silly, ” he said.