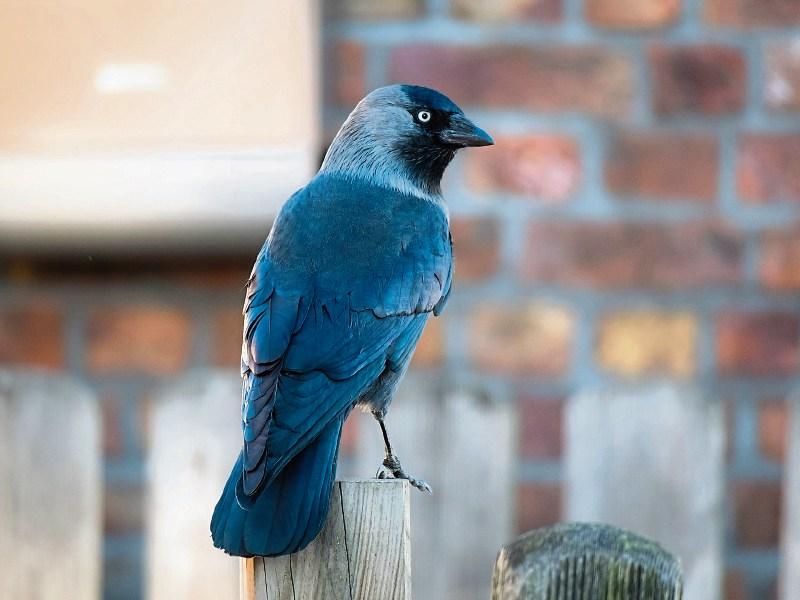 Jackdaws are the smallest member of the crow family (collectively known as corvids), which also includes ravens, crows, rooks, jays and magpies

I was speaking to lady and she was telling me a story around a mysterious sound. She lives on her own in a quiet part of town and is very aware of all the different noises, both within and outside the house.

She was woken a few nights ago by a strange tapping noise and it was something that she had not heard before. She took the lazy option first of trying to ignore, in the hope that it would go away. After several minutes the noise was still as persistent.

Carefully she slipped into her slippers and first checked the upstairs bathroom. The grandkids had been around and she thought they might have left the tap on, but these kids are well trained in sustainable matters. Next she checked the windows, but over the years she has become very security aware and makes sure that the windows are closed before bedtime.

Frustrated she got back into bed and the noise was still there. After a restless night she was heading out to get some shopping. At the front of her apartment, is an old shop that is been renovated and she sometimes uses this as a shortcut onto the main street.

She got the shock of her life when a jackdaw flew up, from the old fireplace and started to call loudly. It was a young bird, as it still lacked the grey neck of the adults. The bird was too quick for her to catch, so she called a neighbour and soon the bird was free.

She was overcome with the joyful reunion between the young bird and its parents. This pair nest in the old chimney pot and had been making a real raucous, outside her door for the last three days. It must have been terrible for them not to be able to help their trapped baby and she reckons the tapping noise, might have been the birds trying to communicate or escape.

Jackdaw’s nests in old chimneys sometimes collapse, under the weight of the chicks or else like many youngsters starting out in life, they take a few wrong turns. I remember with my dad fixing old houses and my first gruesome job would be to remove any dead birds.

In our own garden we had a smaller mystery. While eating breakfast I noticed that half of the potatoes was flattened. When we went down to investigate, we saw that the manure around the potatoes had been dug up. The drought has produced a lack of worms in the soil and the badger must have been very hungry to venture this deep into the garden.

A few days ago I had noticed a well-worn track through the long grass that connected with a path we made through the woodland. There are badger setts in the nearby hills and our plot must know be on radar for a meal.

We have decided to leave out some peanut butter sandwiches, a firm favourite of badgers according to online research by the kids. If he takes the bait we might be able to get some close up views, of this amazing nocturnal creature, from the downs stair window.