Then and Now: 'The miller’s song' - Tom Aherne 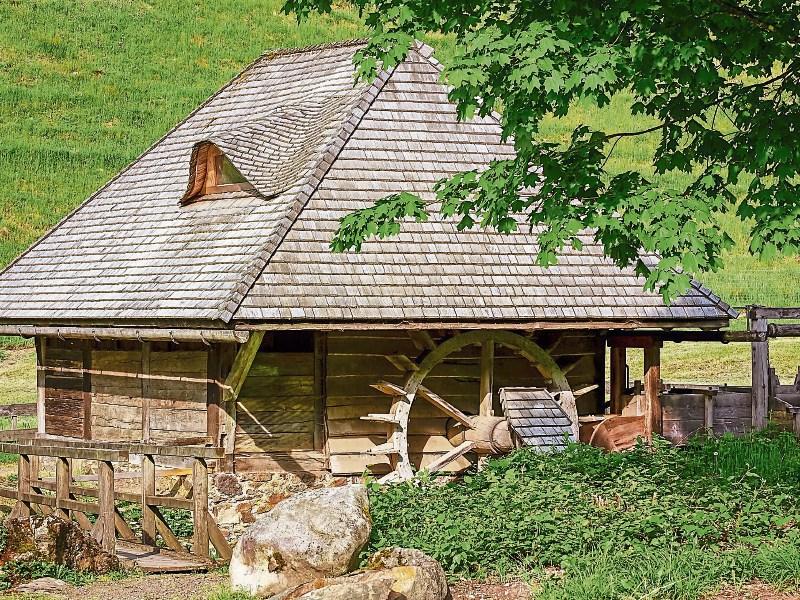 LAST WEEK we wrote about the River Deel which travels through West Limerick into the town of Askeaton. Between the Friary and the Castle can be found Abbey Mill, numerous storehouses and the former Millers house which is now a nursing home. Abbey Mill is an impressive four story high former corn mill built in the late 1790s. It was later used as a creamery and only closed a few years ago. The river Deel empties into the Shannon between Tomdeely, and Courtbrown.

The River of life can meander along for many of us in a calm and controlled manner. Other people can encounter floods and high tides along its gushing ways. From source to outlet can throw up many obstacles, but true character is gained from the way we handle negatives and turn them into positives. A few songs and verses have been written about the river over the years, which I have collected, and I include the following pieces. Emigration has often provided the best material for writers to produce nuggets of wisdom.

Michael Scanlon from Castlemahon is a good example spending most of his life in America. He wrote many fine songs and poems including "The Bold Fenian Men" and " The Jackets Green". His poem about Castlemahon shows how much he missed and yearned for his native village. The following few lines are a good example,

"Where the green ivied ruins fling out their dark shadows

Like a sigh from the soul for the days that are gone,

And the Deel ripples softly along the green meadows,

Far away in the village of Castlemahon".

The author of our next lines was John McEniry of Curragh, Castlemahon. It was called The Stag Hunt and I quote the lines concerning the River Deel,

Away across the county the noble stag is gone

Across the Deel's broad foaming flood and still goes bounding on,

But are the huntsmen on his trail?

Our gallant boys have turned them back

They've fled in a craven fear.

Our next piece is a song called " A Farewell". It was written by J W Enright of Ahawilk, Feohanagh, and it ties in two of the parish’s rivers the Bunoke and the Deel.

By Bunoke's banks so charming

I strolled along each day

Where dales and glens are strewn along the way

Whose Silver waters meander to join the placid Deel

To linger on such sights as these how happy I do feel.

There is a lovely piece about the scouring of the River Owenskaw (River of the shadows) a tributary of the Deel which took place in the summer of 1948. Father Tim Culhane was the driving force behind the draining of the 3 rivers of the parish. The Deel, Bunoke, and Owenskaw flowed freely afterwards as a result of the magnificent voluntarily efforts of the parishioners. It was written by a parishioner and the final verse is as follows,

The eighteenth of October the job was all over,

The waters flowed back to the Deel

Thanks to Father Culhane who was first in the van

For his courage and patience and zeal

That night, we felt new at a party we threw

We sang and we danced for Old Eireann's Green Isle

For years, we did wait but we'll never forget

The scouring of the River Owenskaw.

On the Lovely Sweet Banks of the Deel is another three-verse song about the river. I have no details about the author, I include the following lines.

Last night in my sleep I lay dreaming

Of my home far away o'er the main

The friends of my youth played around me

I was back in my childhood again

We ran through the fields all bare footed

How happy our lives then did feel?

And we played in the groves that were many

On the lovely sweet banks of the Deel.

The old hall in Rathkeale was called the Deel Hall after the river that runs through the town. It was originally an RIC Barracks, a gas works for lighting the town and then electricity. The Fennell family bought the premises and turned it into a dance hall. In the early years it was mostly dancing that was held there on Sunday nights. All the clubs from the town and surrounding parishes held dances, Céilí, and staff dances there on the weeknights. The Mick Delahunty Orchestra played for the Tennis club dances during the summer nights to packed attendances.

The Peoples Bakery held their first annual staff dance there in the early 1950s. The hall was packed as they enjoyed the music from not one but two local bands, namely Jack Hayes Band plus Arthur O'Shea and his band. Shannon Meats Ltd held their staff dances there in the early years. The dance selection during this time included tangos, rhumbas, sambas, Siege of Ennis, and the old-time waltzes.

Other bands that played there included The Gallowglass Céilí Band, The Kilfenora Céilí Band, The Saint James Céilí Band from Cappagh, Donie Collins Band, Bridie Gallagher the girl from Donegal, and many more. A maple floor was laid during the 1960s, which was ideal for the dancers. The entrance fee in old money in the early 1950s was 1/6, in the late 1950s it increased to 2/6, and staff dances were 5 shillings.

Over the years plays, concerts, bingo, and films were held there, as well as club draws. The hall was used by the local boxing club for training and putting on contests. This led to local boxers winning county and Munster titles. The local GAA and Athletic clubs held training sessions there during the winter months. During the 1990s it was used as an Outreach Centre to educate and train youths for the job market. I recall attending a few events there during my young days, which were very entertaining in a comfortable location. I wonder how many other halls around the country are called after rivers . There is so much more history about the river, but we will let it flow for another time.