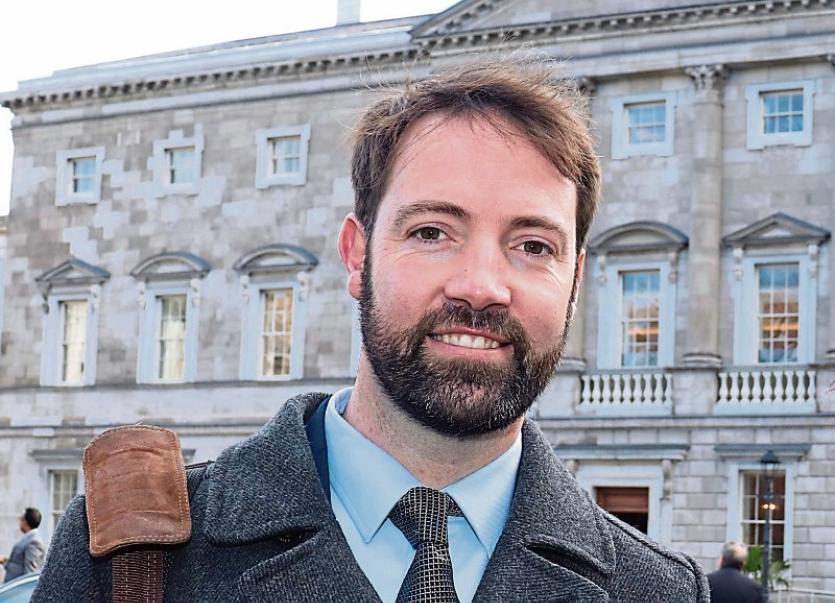 ALTHOUGH he is only in the Dail five months, there is growing speculation that Brian Leddin could get a full ministry in the new government.

Should the historic deal between Mr Leddin’s Green Party, Fianna Fail and Fine Gael be ratified, sources have indicated that since there will be a need for a mid-western minister at the Cabinet table – the North Circular Road man could be asked to step up.

Mr Leddin, whose family is steeped in Limerick politics, was one of the negotiators representing the Green Party in the programme for government talks, and successfully negotiated a key party target of a 50% cut in greenhouse gas emissions in a decade.

With the Greens having just 12 deputies in the lower house, he looks certain of getting at least a junior ministry. However, he has moved right into the frame for a top table seat after Neasa Hourigan abstained from voting for the deal.

"Neasa Hourigan, also originally from Limerick may have shot herself in the foot by abstaining on the deal and it does give a real chance for Brian. Though inexperienced he is highly intelligent and could take a role in the Cabinet in the new government," said one leading member of the party.

The party’s leader Eamon Ryan and deputy leader Catherine Martin are seen as certainties to enter Cabinet, should the deal get across the line, which leaves just one other party position.

Dublin Central TD Ms Hourigan, the daughter of former mayor Michael Hourigan, was seen as filling that role – but the game has now changed, following the end of talks last week.

County Limerick TD Patrick O’Donovan, who served as a junior minister in the last government, has been tipped as being a possible transport minister in the new administration. But with only a limited amount of cabinet seats available to Fine Gael, it’s hard to see party leader Leo Varadkar bringing new faces into the fold.

He will no doubt feel indebted to members of his caretaker government who have steered the country through the Covid-19 crisis.

Fellow county Limerick TD Niall Collins of Fianna Fail is in the frame for the government whip role.