Garage at Limerick home was being used to ‘distribute’ cannabis 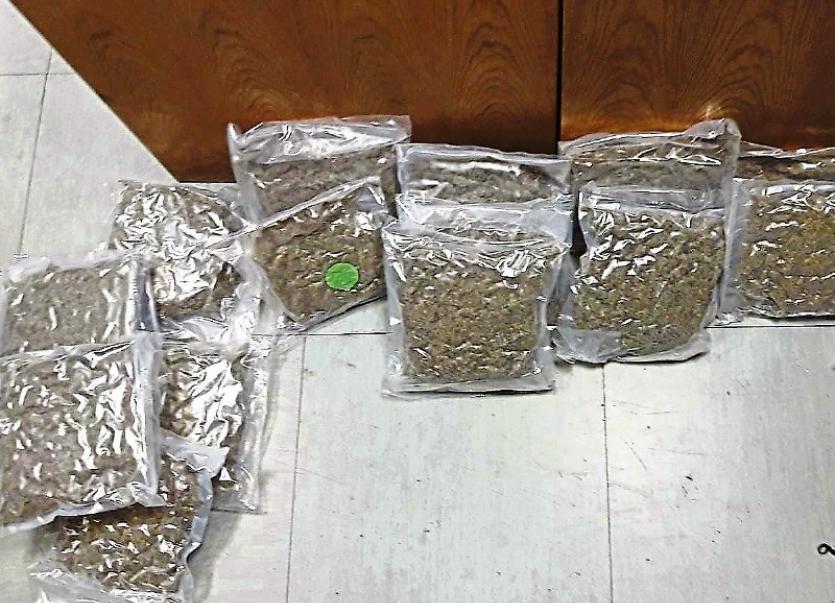 Cannabis worth almost €180,000 was seized during the search

A FATHER-of-four has admitted using the garage at his home in County Limerick as a distribution hub for illicit drugs.

Shaun Sparling, 28, of Rath, Murroe had pleaded guilty to possession of a significant quantity of cannabis resin for the purpose of sale or supply.

Detective Garda Marie Haugh of the divisional drugs unit told Limerick Circuit Court the defendant’s home was searched at around 8.50pm after she received information from a “secret and sensitive source”.

She said 8.6kgs of cannabis, in 17 vacuum-packed plastic bags or pillows, was located in an upstairs section of the garage which is detached from the house.

There were a number of other people in the property at the time but Mr Sparling made admissions and took responsibility for the drugs.

The detective told John O’Sullivan BL, prosecuting, the defendant had accumulated a drug debt and that he had agreed to store and distribute the drugs to reduce the debt.

She said Mr Sparling, who owed around €5,000, became emotional following his arrest. He told gardai he had initially attempted to hand back the cannabis but was told by the owners “they would find his father and give him a hiding” if he did not cooperate.

Judge Tom O’Donnell was told large quantities of the drug had been delivered to the house and that Mr Sparling was storing them and would “measure out” smaller quantities for people who subsequently turned up at his home “by arrangement.”

In his evidence, Mr Sparling, said callers would arrive at his home on bikes or in cars but the drugs “didn’t go as fast as I thought they would”.

Andrew Sexton SC said his client has “turned his life around” since and he urged the court to note the contents of a number of references and testimonials which he submitted.

He said Mr Sparling is currently working and is regarded as a “respected employee” and a “key member of the team”.

Judge O’Donnell has indicated he will  impose sentence later this week.