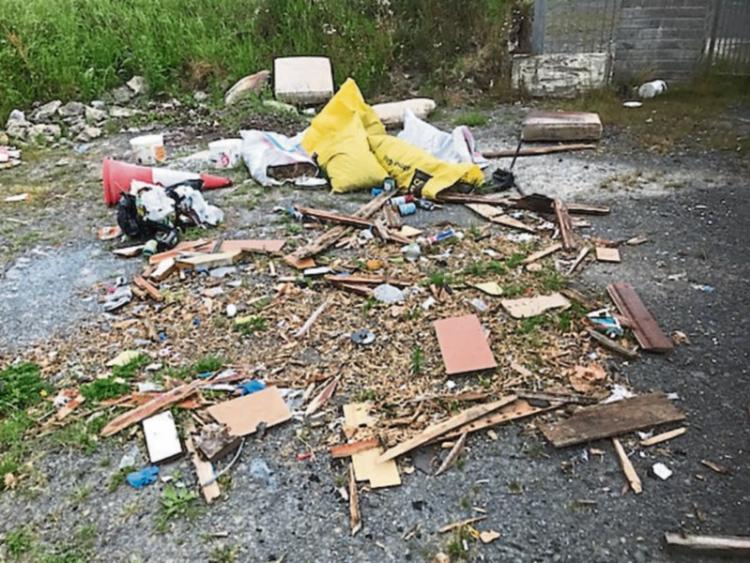 LIMERICK Council has launched a huge clampdown after litter louts were spotted “abusing” the public waste collections by leaving domestic waste on streets.

During the Covid-19 lockdown, the council’s street cleaning crews cleared every bag in sight to stem the spread of the deadly condition.

At this month’s metropolitan meeting, members were told that more than 141 tonnes of waste was collected in just six weeks, while there were 354 illegal dumping complaints.

Kathleen White of the council’s planning and environment department, said on some occasions, two full truck-loads of waste was collected, despite footfall in the streets being at all time lows.

She said people were “taking advantage” of the situation to effectively get free bin collections.

“Initially, the bags were collected in good faith, as it was a public health measure. But you can’t be leaving your rubbish out on the street. It’s opportunistic and people will think that’s the norm,” she told the Limerick Leader, “The street cleaning crews are there to collect from the bins on the streets, not to collect household rubbish.”

Ms White said the authority will be targetting areas where it is really bad.

”The council showed a certain lee-way at the start because of the pandemic. But people are just abusing it at this stage, and there will be a clampdown,” she confirmed.

The council official also warned there is a bigger problem of unauthorised waste collectors going door-to-door.

She’s urged householders to ensure anyone calling to their door is registered to offer a waste collection service.

“If they are not, it’s likely they will be dumping washers, fridges and the like on he side of a road, and it’s costing the State a fortune. If the council traces waste back to you, you will be prosecuted. There’s no question on this,” Ms White added.

“Council are doing a fantastic job, local residents and groups in various areas of Limerick are working hard litter picking and cleaning-up to keep their areas nice and pristine. But unfortunately there are some people who have no regard for that whatsoever,” she said, “It is a shame the council has to spend so much money on waste collection instead of investing that money into our roads, for example,” said the City East councillor.

Green Party member Sean Hartigan, who saw a motion passed calling on council to increase bin patrols, said: “There’s been a huge increase in litter around Annacotty, Castleconnell and Plassey. Only for the Tidy Towns volunteers coming out and cleaning up for the last number of weeks, we’d be up to our knees in rubbish.”

Fianna Fail councillor Kieran O’Hanlon agreed, saying he’s seen tonnes of rubbish dumped in the reeds by the Plassey. “It’s disgraceful. You’d be ashamed of your life,” he said.