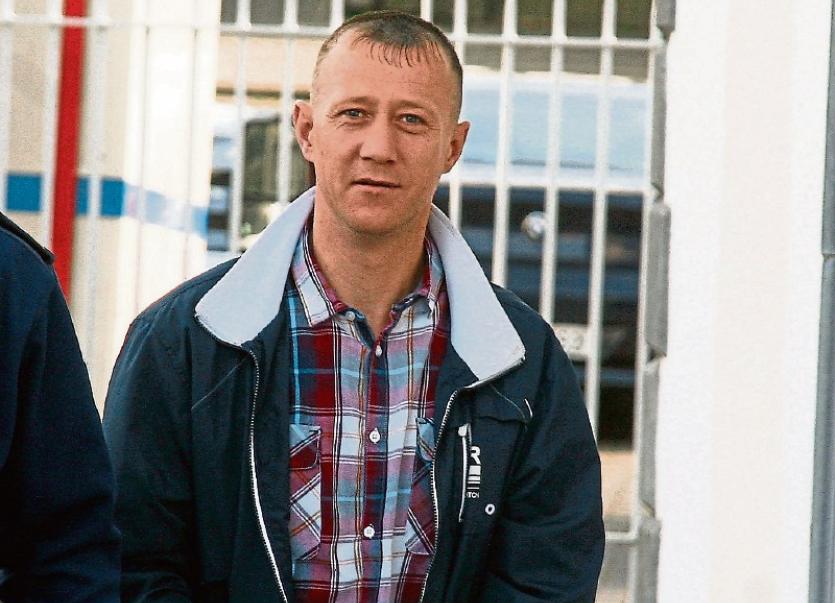 A RECIDIVIST thief and burglar who stabbed an inmate at Limerick Prison with a brush handle has been jailed for three and-a-half years.

Michael ‘Blondie’ McNamara, 44, of no fixed abode had pleaded guilty to assaulting the 18-year-old on a landing in the D wing of the prison on December 7, 2018.

During a sentencing hearing, Garda Seamus Murphy told Limerick Circuit Court, the incident occurred at around 8pm – a short time after the injured party had been involved in an altercation with another inmate.

He said Mr McNamara, who has more than 200 previous convictions, attacked him from behind and struck him with such force that he broke the brush handle which he then used to stab the teenager.

“The attack was unprovoked and without warning,” he said.

Following his arrest, Mr McNamara told gardai he did not know why he had struck the injured party.

Barrister Aaron Desmond said this client had stopped taking methadone around the time and the incident was out of character.

“It was quite a reactionary incident. It was over in a matter of seconds,” he said noting his client has no history of violence.

He said he had cooperated with gardai and that his version of events was corroborated by CCTV.

Imposing sentence, Judge Tom O’Donnell said the nature of the assault was “very nasty” and that the use of a weapon was concerning. However, he accepted it was a “new departure” for Mr McNamara.

However, he said his previous record was appalling and that shopkeepers and businesses in Limerick and entitled to be protected from him.