No change to 'Local Improvement Scheme' for Limerick's rural roads 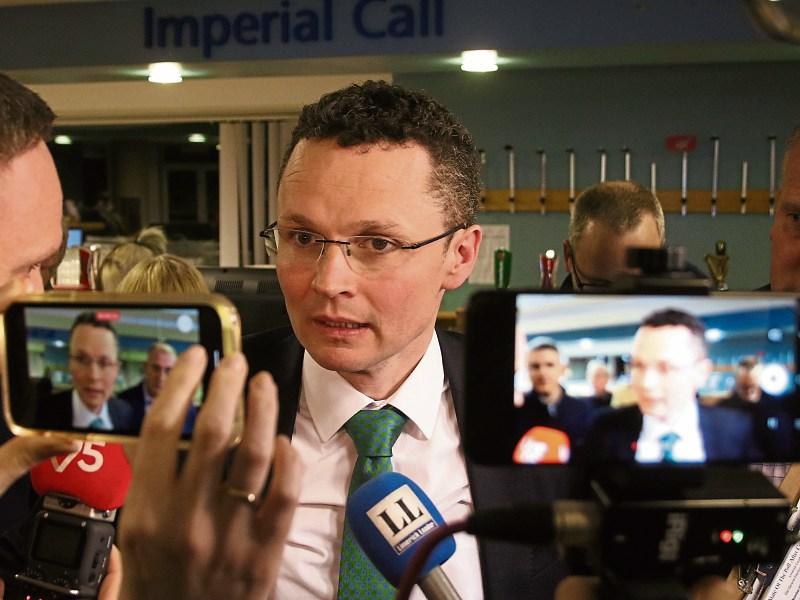 MINISTER Patrick O’Donovan has announced that there are no changes to the Local Improvement Scheme (LIS) for rural roads in 2020.

He said Limerick City and County Council has “caused an awful lot of undue stress and anxiety and worry to people who have been waiting for years” and accused “some councillors of jumping to their usual hysteria”.

The LIS is a scheme whereby landowners and farmers can contribute up to 15% to the value of the reconstruction and drainage of a private road used for public access to agricultural holdings.

It read: “This year’s scheme clarifies two existing requirements, ‘The road must be open to the public'. In this regard the department has clarified that any road with a gate cannot be classified as open to the public.

“Persons engaged in agricultural activities... in this regard applicants are required to submit herd numbers and maps associated with the Basic Payment Scheme provided by the Department of Agriculture.”

It continued: “These are not new requirements but the current scheme outlines what documents need to be submitted to satisfy the requirements. As the council has not historically requested herd numbers etc each applicant has now been requested to submit these details.”

Minister O'Donovan then contacted Minister Michael Ring and the Department of Rural and Community Development for clarification on LIS.

“Minister Ring said there is, ‘No new policy and herd numbers are not required’. I am very annoyed that the council allowed that misrepresentation of what the government is trying to do. I think the council needs to reflect on the reply I have gotten from Minister Ring - adjust their application process accordingly and clarify that the process they introduced was not appropriate.

"I think they owe councillors and the public an explanation because the government position was misrepresented to the tune that they were suggesting a new policy was being introduced and it wasn't,” said Minister O’Donovan.

The Fine Gael TD said the council has “caused an awful lot of undue stress, and anxiety and worry to people who have been waiting for years”.

He added that “this is not the first time” - in relation to rural roads - “that the council in recent times has tried to walk away from established policy” in reference to tertiary minor roads.

Minister O’Donovan said he has contacted the council to inform them that the department has not issued any new policy over LIS.

“The council was saying you needed a herd number. If you are farming ducks or growing spuds you are still a farmer, you are still in agriculture. Ducks don’t have ear tags, you don’t get a herd number with spuds,” said an exasperated Minister O’Donovan.

He also let fly at “some councillors”.

“I know that some councillors jumped to their usual hysteria in relation to this and it is not their first time. Rather than actually seeking clarification from the department they jumped to their conclusions trying to appeal to a base which is unfortunate.

“These would be the very same councillors advising people, and rightly so, to avail of the LIS. I am glad as well that the department in their clarification has said that the scheme is not just available to agricultural land holdings as we typically know it. It is also available to people who harvest turf for commercial purposes. It is available to community groups and church organisations,” said Minister O’Donovan.

He said LIS was brought back by the Fine Gael government in difficult economic circumstances.

“We have invested heavily in them because we believe they are a very important piece of infrastructure in rural areas.

“The merging of the city and county council isn't all about the city and this is important for the people I represent. These sorts of issues are going to rise to the surface more and more as we approach a mayoral election

There was no reply to a media query sent to Limerick council about the minister’s comments.

Cllr Stephen Keary has welcomed the clarification from Minister Ring and that it is “business as normal” with LIS. He said “common sense” was a bit scarce from the local authority.

“I contacted the council and spoke to applicants that were affected to find a common sense solution. The interpretation by the council was the problem - what’s a farmer and what’s not a farmer. The council unfortunately were sticking to the herd number which is not as per the guidelines.

“Something else I was annoyed over was they were not looking after those who had been waiting the longest. They were going back to those people who had assumed validation and qualification four, five, six years ago and now were finding some of the applications were invalid,” said the former mayor.