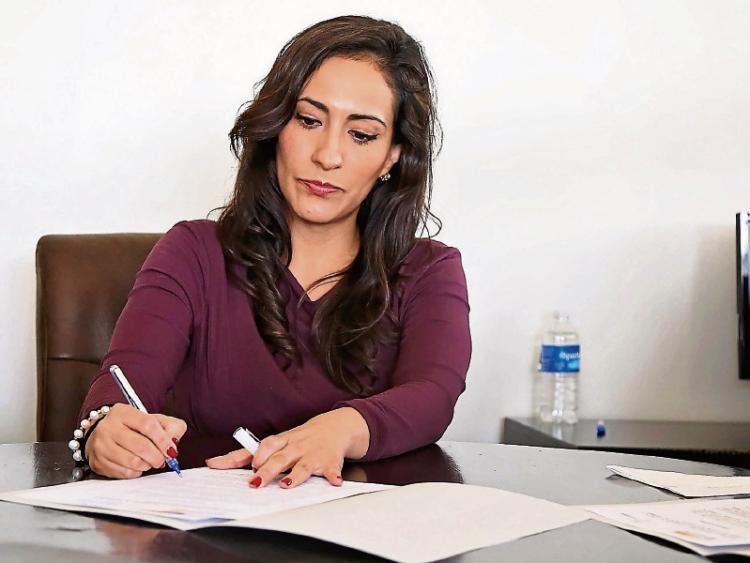 I came across a post on Twitter last week which I thought was really interesting. And it wasn’t so much the post that got my attention, but more the name of the twitter account it came from, which was called the 30% club.

And long story short, the 30% club is a global campaign led by chairs and CEO’s who want to increase gender diversity at board and senior management levels.

The 30% club resonated with me, not because of its core objective, which I completely agree with by the way, but it’s use of a number. They are very clear with what they want, something they can measure success against i.e. a 30% female representation in senior management roles by the end of 2020.

Anyway, I like numbers and from a financial perspective, I find them very effective especially when I create plans for my clients. I start off by doing an initial assessment, and part of that is looking at their numbers, where I show them what their savings rate number is, what their mortgage/rent number is, their debt number, their retirement number, their net worth, their spending per hour number, their emergency number and so on.

And I calculate these numbers, not just on how much they spend each month on different things, but on what their income earned per hour is, and how that is applied to various aspects of their finances.

The benefit of doing it this way is twofold (a) I can self-diagnose them very quickly in a medium they understand and (b) when you know what your numbers are, good or bad, you can take action to use, improve or change them.

I can tell clients for example that their savings number is 40, which might put them into a good category. If they want to be in an excellent category, their number needs to be 50, and once they know this, their motivation to do whatever is required soars, and invariably they make adjustments and increase their savings number to 50.

Up until our meeting, they don’t really know whether the amount they were saving was good or bad. They had no reference point to measure it against, so they just continue saving at the same rate as they always did.

If I asked them, why they landed on a particular amount each month, the response is typically, it was all they could afford to save, which is fine by the way. But when you have that mindset, trying to find additional monies becomes difficult, because you have that default thought, that you are maxed out.

And maybe you are, but when I meet people, they always ask how they compare against others and I find it’s the single biggest motivation for them to take action. If they know, they are saving less than what everyone else in their peer group is, it’s a trigger for them to do something about it.

Of course, what someone can save is influenced by their circumstances at a point in time. Some can save a whole lot more if they are living at home, and have no mortgage, than someone renting or has a mortgage and kids, so there are outside factors than can impact your savings number, I get that.

Just before the Covid-19 outbreak, I was listening to the radio and I can’t remember what the context behind the questioning of individuals was, but I think it was something to do with the election. Anyway, one youngish sounding gentleman, remarked that his annual salary, put him into the top 1% bracket of highest earners in Ireland, which meant he had an income > €140,000.

It’s not enough to be in the 1% income earning club, if you’re only in the 3% savings club.

In this instance, you’re not really taking advantage of your income, are you?

If you’re in the 77% income earning club, which means pre-Covid-19 you earned < €50,000 per year, but you’re saving 20% of your income, financially you’re in a much better place than our friend whose income is much higher.

I know lots of people who earn hundreds of thousands each year, but only have hundreds in savings. So, it doesn’t really matter what % you fall into in terms of income earned, it’s what you do with it that does.

Which means the % of the income you save is one of the better barometers you can measure how good or bad your finances really are.

And again, no point in being in that high income earning club, if you’re also in the high debt club. I see a correlation between the two in my interactions with people all the time, where the higher their income is, the higher their outgoings are.

The key is to try and find that balancing act, that works for you, and knowing what others like you are up to, is important. Being able to have a nice lifestyle, earn a good income, and being in those high savings and pension clubs, high runway and personal development clubs, and low debt and spending clubs is the key to financial security and success.

With all of the above in mind, I would recommend in the coming days, that you start looking at how much of your income you save each month, and what club you’re part of.

And I’d like you to begin thinking about, how much more could you save?

What target are you going to set yourself?

Is it 25% of your income and if it is, what time frame are you going to set yourself to achieve that number?

Since the beginning of the lockdown, we’ve been spending much less, and clients whose incomes have been unaffected, are advising me every day how they can increase the amount they are currently saving at, and whilst the ability to save more has been a forced one, it does show nonetheless, that’s its possible.

And of course, when things return to some sort of normality, some expenditure we haven’t incurred over the past number of weeks is going to return, and there is little we can do in these instances, because they are normally a fixed cost. But it’s our discretionary expenditure, that we should look at more closely, because that’s where you have the ability to save more.

Consider the areas you’ve not been able to spend money on over the past 12 weeks, and whilst we may have missed whatever they were, we made do because we had to.

And it’s not that we should give up everything altogether either, but just get rid of the ones we now know we can do without.

Maybe this week, you should focus on savings, and next week move to another area like debt. Keep things simple, don’t over complicate things and if you’re finding it difficult working out what your various numbers are, reach out and get help. You’ll be glad you did, because I see first-hand the positive and almost immediate impact it has on people’s finances.