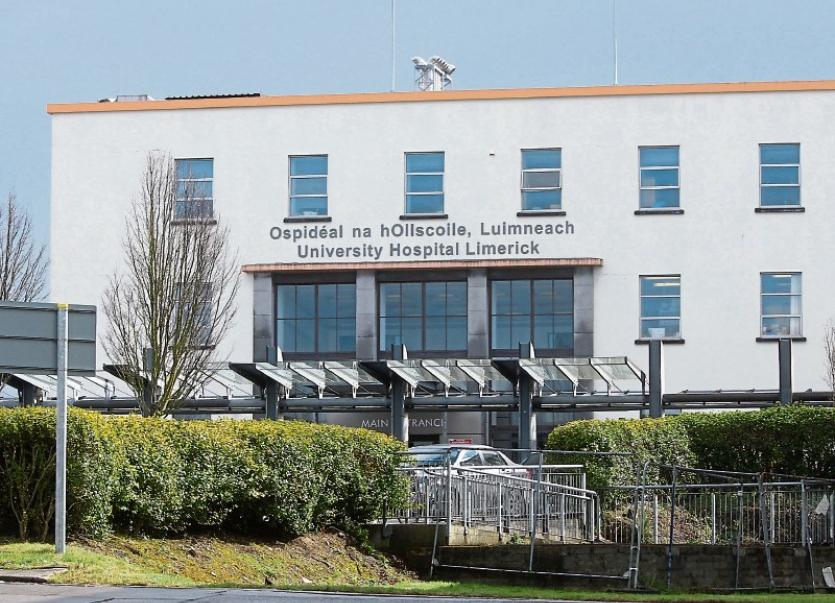 There were 39 people on trolleys at UHL this Monday morning

TEN people confirmed to have Covid-19 are receiving treatment at University Hospital Limerick.

And 38 people suspected of having the condition are currently awaiting test results at the hospital.

New figures released by the HSE which account for the situation up to 8pm on Sunday reveal that this is the largest number of suspected cases in a hospital in the country.

There was one new confirmed case in the hospital on Sunday.

As of 6.30pm on Sunday there were two patients with Covid-19 in the intensive care unit at the Limerick hospital with two patients suspected of having the condition also receiving care in the unit.

Sunday was the  fourth day in-a-row when Limerick was without a new confirmed case of Covid-19.

Statistics released from the Department of Health show that the number of people who are confirmed to have had the deadly condition in Limerick remains at 582.

Meanwhile, there were 39 people waiting on trolleys at UHL this Monday morning - 23 in the emergency department and 16 in wards elsewhere in the hospital.