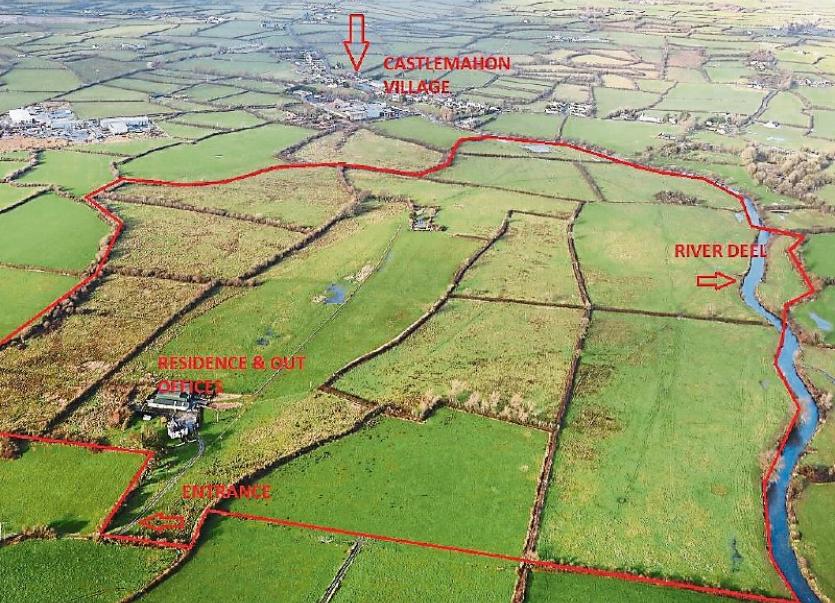 A COUNTY Limerick farm valued at €1m has sold in past number of weeks despite Covid-19, Farm Leader has learned.

According to a west Limerick source, a 152 acres farm at Shanrath, Newcastle West has sold for around that figure.

The auction was due to take place in the Longcourt House Hotel on April 15 but was obviously cancelled. However, Farm Leader understands it has been purchased by a local dairy farmer. Before Covid-19, it was being guided around the €1m mark.

Farm Leader has also learned from the same west Limerick source that a deal has also been done for 53 acres at Ballyallinan, Adare. The price is said to be in the region of €400,000. Again this is what was guided before lockdown.

The man who had both farms of land for sale was GVM group property director, Tom Crosse.

When contacted, he remained tight-lipped.

What Mr Crosse would say is: “Some recent transactions have taken place and prices achieved have been in line with what expectations were prior to Covid.”

He cut an optimistic tone on the phone. While the office has been closed, Mr Crosse has been available on the mobile, dealing with queries, emailing out maps and conducting transactions remotely.

“I would certainly be more positive than I was a few weeks ago. And the same goes for the property market. There is a bounce in that too,” said Mr Crosse, who adds that land prices are holding up.

“Most auctions were postponed and have gone back to the private treaty route. All the evidence that we have to date is suggesting and telling us that the market is holding up, that prices are holding up - there is no evidence of slippage.

“Milk prices have fallen but it looks like they are going to hold up for May. Beef has bounced back from a turbulent early spring. It has kind of stabilised and prices are quite good. The online sales in Kilmallock Mart are proving a big success. That is all putting a bit of confidence in the market,” said Mr Crosse, who is senior vice president of the Institute of Professional Auctioneers and Valuers. He recently took part in an IPAV webinar on agri land trends.