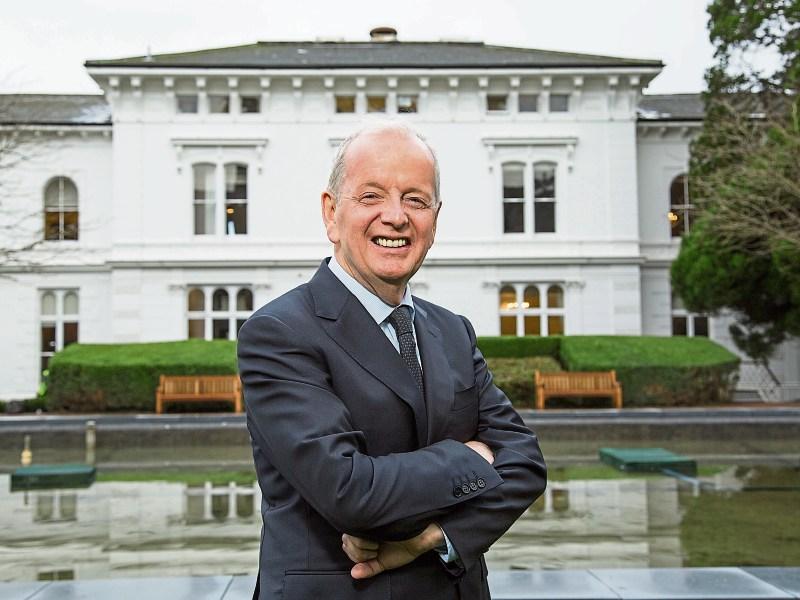 THE President of the University of Limerick, Dr Des Fitzgerald has come under fire from some quarters for citing the impact of Covid-19 on his ability to serve the university, as the reason for stepping down from his post, just three years into his 10-year term.

In a letter to the chancellor of UL, Mary Harney, on Tuesday of last week Dr Fitzgerald  said: “Unfortunately this virus will directly impact my ability to serve the university and limit my ability to fully engage once we get our community back onto the campus.”

Dr Fitzgerald, who is a medical doctor, was appointed as president of UL in late 2016 and commenced his term of office in early 2017. Prior to his appointment, Dr Fitzgerald had held leadership positions in a number of leading academic institutions and was vice president for research and vice president for health affairs at UCD.

His somewhat abrupt departure has resulted in criticism from some quarters particularly in relation to what is being seen as an inability to bring about major reform in the university which has been blighted in recent years by headline stories of irregular expenses claims and complaints of bullying by some members of staff.

In a letter to the Leader this week, Jeremy Callaghan from Caherconlish, who has for a long time been shining a light on the controversies at the third level institute said: “The management issues he inherited are far from over despite reports ‘that have been dealt with and…recommendations implemented’. Justice and fairness still lie ahead for whistleblowers and others, while those who caused their misery and then sought to conceal the issues remain in comfortable employment on the campus. Reportedly and anecdotally, staff morale is very low.”

Alan English who was editor of the Limerick Leader in 2015 when the university decided to  sue the paper over a front-page report about the suspension of whistleblowers who refused to accept termination payments conditional on a confidentiality clause, said Dr Fitzgerald “inherited major issues which were reported on the Limerick Leader front page dozens of times”.

“He started promisingly, but in my judgement he failed to adequately deal with those issues,” tweeted Mr English who is now the editor of the Sunday Independent.

Speaking last week when he announced his decision Dr Fitzgerald said that he had been privileged to lead UL: “I believe that during my term as president, my colleagues and I have made important progress on key issues including successfully taking the first steps in establishing a campus in the city, developing our healthcare programmes, growing our research output and increasing the university’s engagement in education globally.  We also agreed an ambitious strategic plan for the university which in the context of Covid-19 will require some further review, but which remains an important vision of what UL can become in the years ahead”.