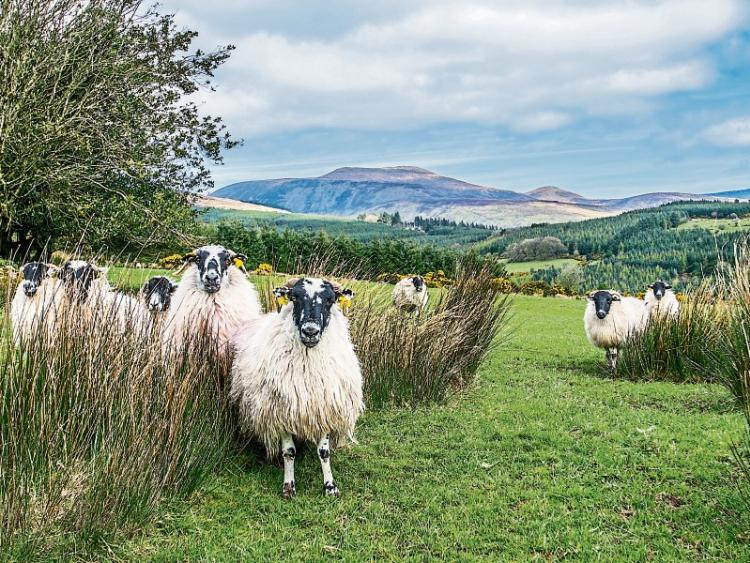 CONTINUING OUR look at place names and the very importance of boundaries in the Irish landscape, as good fences make good neighbours. We are all familiar with the walls and ditches around the country which afford a rich ecology for birds and other wildlife.

Boundaries come about for a variety of reasons, and the following are the main features of boundary association. Permanent settlements of a Christian character, as well as dwellings associated with other members of the professional classes, were regularly established in boundary areas. Political headquarters were commonly set up in boundary areas. At least one system of roads, and an important one at that, ran immediately parallel to or coincided with territorial boundaries. All important types of assembly, including synods, patterns, fairs, and inaugural ceremonies were regularly convened to boundary areas.

Being located near to a crossroads was also valued in early Irish society and crossroads would normally occur near the boundaries. It also seems to be customary to name a crossroads after the family living nearest to it. The names of Townlands are, of course, especially important, and all the townlands of Ireland are listed in the General Alphabetical Index to the Townlands and Towns, Parishes, and Baronies, of Ireland.

Place names are something that we grew up with and we take them for granted. They are our link with the past, and when forgotten, an important link with a past era is lost. Walking along our roads we encounter houses, fields, crossroads, so many fossils of history lying silently. There are possibly bodies of water such as streams and rivers, or just gullies, ruins of houses or converted old schools. Houses are often known by their owner's names, and by many in the locality a house will be known by a previous owner’s name, long after their deaths and the sale of the house to new people.

The crossroads may be called after someone who lived near it years ago and remembered now only in the name itself. For a generation or two individual people are as important as the place itself. The place is synonymous with the characters who live there. The local tradesman whose house may be a meeting place for people to gather and talk, is as much part of the place as the physical features. This is reminiscent of the old forge that served as a meeting place for the men to meet and discuss the news.

Walking the landscape as opposed to driving is a much better way to discover our local area or renew an old acquaintance with our locality. Walking around the locality creates a peripatetic sense of place. When we walk, we become one with our surroundings, though we may not always know the significance of the places we pass through and their history may be unknown to us. Even if we have spent our whole lives living in a place, the chances are we still know relatively little about it.

There is nothing as simple as heading off for a walk. Human beings have been walkers for far longer than they have been drivers. Walking gives the walker an immediate experience of the environment. Whether it be the weather or landscape or the ways in which the two interact, the walker is directly affected by both. The driver or the car-passenger is only indirectly involved in the outside world, navigating, observing, but possibly not seeing in a real sense.

The thing that strikes me when I am in a car is the proliferation of bypasses and the fact that when I am on a bypass, I know no longer know where I am. I know none of the place names associated with the unknown townland's I am cutting through. The locals will know the names of fields and natural and manmade features that have been removed or altered in some way with the passage of time. It is vital this information is recorded for future generations.

Our grandparents would have spent hours discussing the goings on in every nook and cranny of the parish. We on the other hand , rush through our lives at top speed and discuss very little about our locality with family members. This may be due to lack of time, lack of interest, or simply because we don't know much about the area.

I would encourage anyone interested in place names to take a page of paper and make a list of local names. The farming community in particular should write down the names of their fields. The fishermen should record the names of the areas where they fish, the types of fish found there, and any other descriptions of the places involved. Anyone living near a village or town could write down the names of the shops and businesses on both sides of the main streets. If the businesses have changed hands or use over the years, try to record what they used to be in the past and who owned them then.

A sketch map of the town, village, or Townlands you are familiar with would be of great value to future historians and place name enthusiasts. An Ordnance Survey map of your local Townlands will help to acquaint your work on place names. Talking to elderly members of the family or neighbours will also help as they hold a vast store of information on place names and local lore in their heads. Children could also be encouraged to get involved in this type of research . We will continue our look at place names in next week's column.