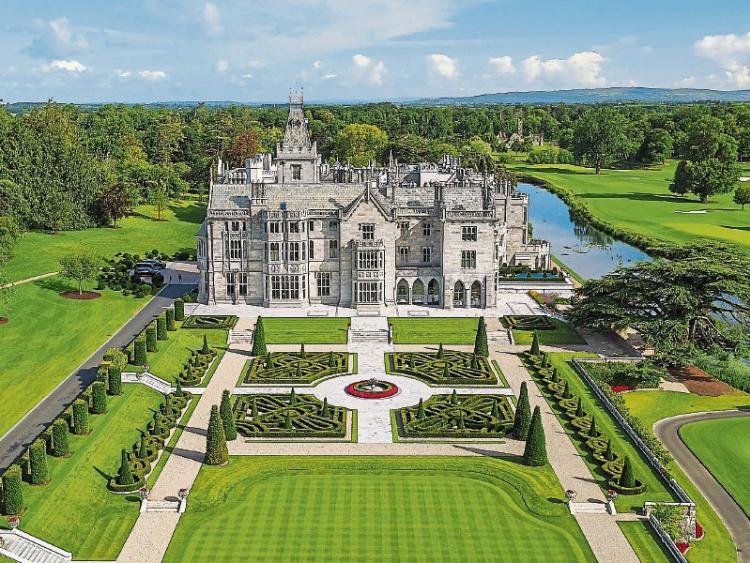 PLANS to extend a car park on the grounds of Adare Manor Hotel and Golf Resort have been put on hold pending the outcome of an appeal which has been lodged by a Government department.

It proposes to add an additional 40 car parking spaces to the west of the exisiting car park.

Howeverm it has now emerged that the Department of Culture, Heritage and the Gaeltacht has appealed the decision (to grant permission) to An Bord Pleanala.

In its submission, it says the proposed development should not proceed as it may have and impact on the historic town wall of Adare – although they exact location of town wall remains unknown.

The department says the decision of Limerick City and County Council cannot be considered sustainable unless it can be demonstrated, by the applicant, that the archaeological heritage will not be adversely impacted by the development.

An Bord Pleanala has until September 3 to make a decision.