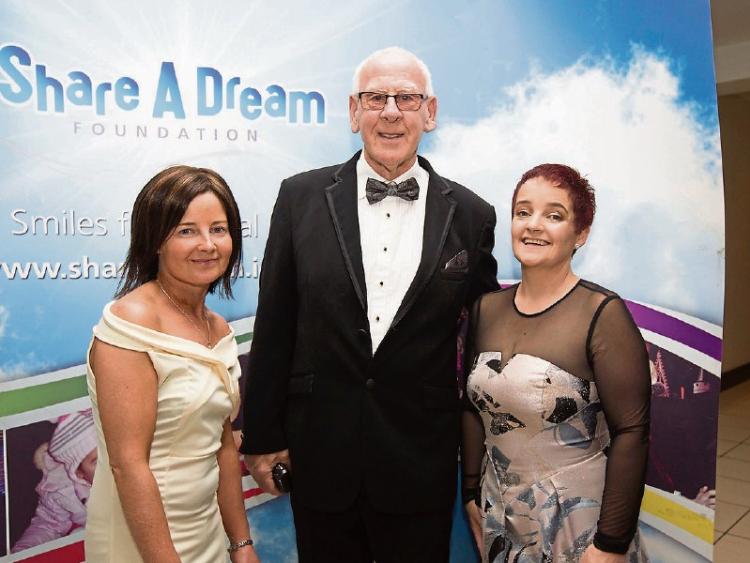 THERE is immense sadness this week following the death of Limerick charity worker Ciara Brolly.

Tributes are pouring in for the Ciara, who has been described as the “driving force” behind Castletroy charity, the Share a Dream foundation, which gives memorable experiences to terminally ill Limerick kids.

She died aged just 46 on Saturday evening after a four month battle of cancer of the tongue.

In an emotional post to Facebook, the founder of the charity Shay Kinsella described Ciara as his “best friend” and “motivator”.

“Whoever had the privilege to meet her went away with a big smile and a feeling they had met someone very special. She was truly an angel from god and I was truly blessed to have shared so many amazing achievements and made some 20,000 dreams come true with this incredible girl,” he wrote.

Shay said Ciara had suffered so much in the last few years, yet never complained, and worked alongside him until the very end.

“Your pain is gone Ciara but I know our friendship is so strong we will never be apart because you know I'm useless without you,” Shay said, “There are hundreds of beautiful Angel's up there who love you for making their dreams come true so they will keep you busy. I will see you soon.”

Ciara had recovered from surgery to remove cancer from her head last year.

Dreamland opened in two years ago in Limerick providing a playground for children of all abilities, the first of its kind in Ireland.

Gardaí are due to perform a guard of honour and escort Ms Brolly’s cortège at her funeral tomorrow, June 2.

Anyone wishing to pay their respects along the route of tomorrow’s funeral are advised to adhere to social distancing guidelines.

Due to government guidelines regarding gatherings, a private mass, for family only, will take place in St Patrick’s Church, Clare Street, at 11am this Tuesday followed by private cremation in Shannon, Co Clare.

The Brolly family has requested “family flowers only, with donations, if desired, to the Share A Dream Foundation or Milford Hospice”.