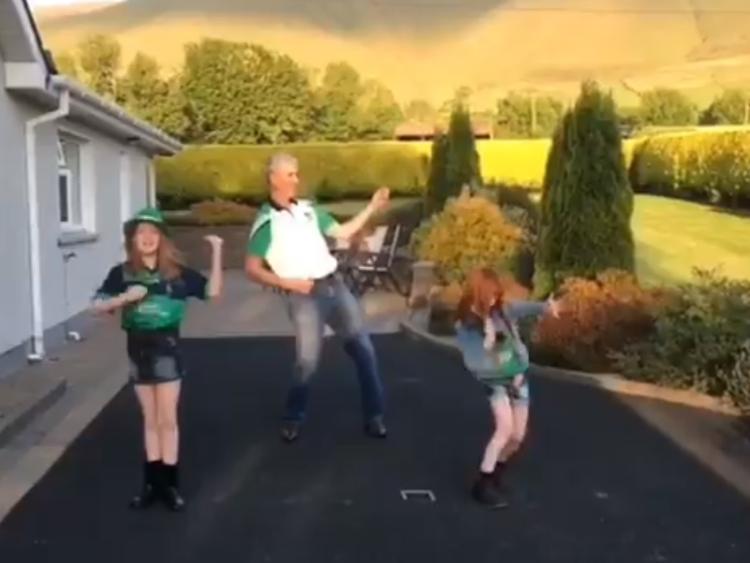 IT ISN'T too often John Kiely gets outmanoeuvred but he was by his daughters.

The Limerick senior and U-20 hurlers and back room teams have been hitting the woah instead of hitting sliothars at training. They took inspiration from the viral dance craze but instead they went viral themselves.

People who enjoyed the nightly TikTok videos on Limerick GAA social media feeds are asked to donate to Milford Care Centre. You can do so here

The campaign concluded last night with John Kiely's video. As usual, his attention to detail is second to none. This time of year his daughters wouldn't normally see him from dawn to dusk but due to lockdown, dad has been at home.

With no hurlers to train he has been focusing all his time and energy on his daughters. After 72 training sessions the girls are delighted he is going back to training!

John has praised the players for revealing their personalities and he reveals his fun side too. They dance to Old Town Road by Lis Nas X featuring Billy Ray Cyrus.

Thank you to everyone who has supported our Challenges for Milford Hospice. What a way to finish the main man himself John Kiely Senior Team Manager & his girls shows us how to #HitTheWoahForMilfordHospice
Join in the fun & donate to Milford Hospice https://t.co/HjOvE5OwNc pic.twitter.com/n7gWBDhjRx

As usual - no stone was left unturned with John - who even organised a sports car at the end in reference to the lyrics.

John tweeted: "Thank you for tuning in over the last couple of weeks. We have certainly enjoyed the fun of it all. Please donate what you can to Milford Care Centre Well done to all the players and backroom teams of Limerick Seniors & U20 Hurling Teams."

From Beyonce to Freddie Mercury to Hugh Grant and lots, lots more - it has been great fun.

After the entertainment they have provided off the field and raising much-needed funds for Milford, Limerick supporters can't wait until they get back on the field.