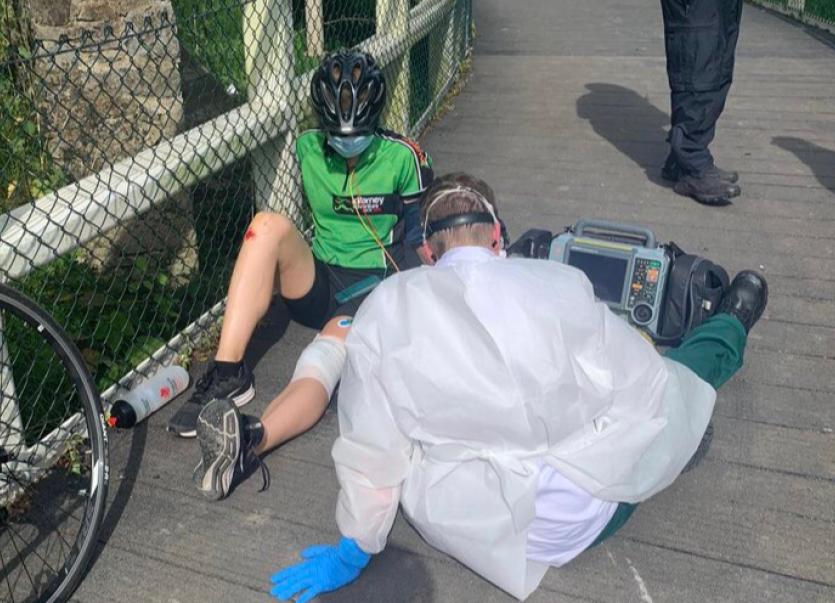 A CYCLIST was hospitalised after being knocked off her bike and trampled on by horses being raced by boys.

It occurred on the UL river walkway / cycle path at 4pm on Thursday.

Kate Twohig tweeted about the incident and spoke to the Limerick Leader to "highlight this issue to prevent it from happening to anyone else".

"I was cycling along the bank and I had one of my biggest scares. Three boys on horses were racing down the path. They narrowly missed hitting a girl around three-years-old but the father managed to grab her in time.

"They collided straight into me. I was knocked from my bike and trampled," said Kate, who is a teacher in Gaelcholáiste Luimnigh.

The boys on horseback didn’t stop to see if she was OK after knocking her over.

"I was unlucky to have met them, but extremely lucky to come away with just the injuries I have.

"My knee was split open. I was very lucky as if it was half an inch higher or lower my tendons and ligaments would have been in trouble. I’m a keen marathon runner and cyclist. I was just coming back from a knee injury before this," said Kate. 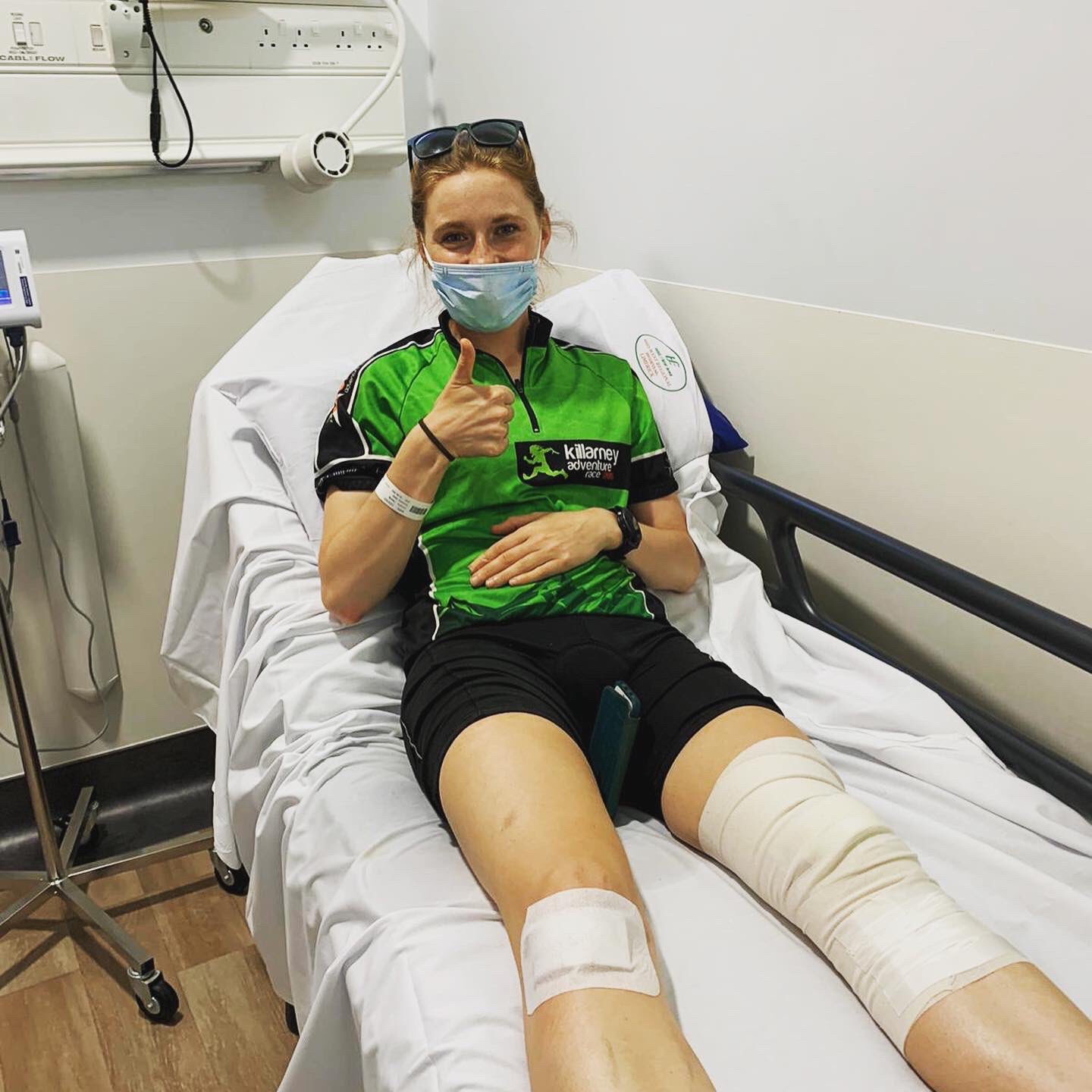 The Dooneen AC member said it occurred where there are two bridges, a humpback bridge and another bridge that curves around the humpback bridge. Gardai and medical personnel attended the scene.

"This behaviour is unacceptable and needs to be reported if witnessed. Thanks to everyone who helped me. I feel it's very important to share this story and hope that no one else has to suffer or fear this type of encounter on the popular walk / cycleway.

"I want to highlight this issue to prevent it from happening to anyone else," concluded Kate, who has since been released from hospital.