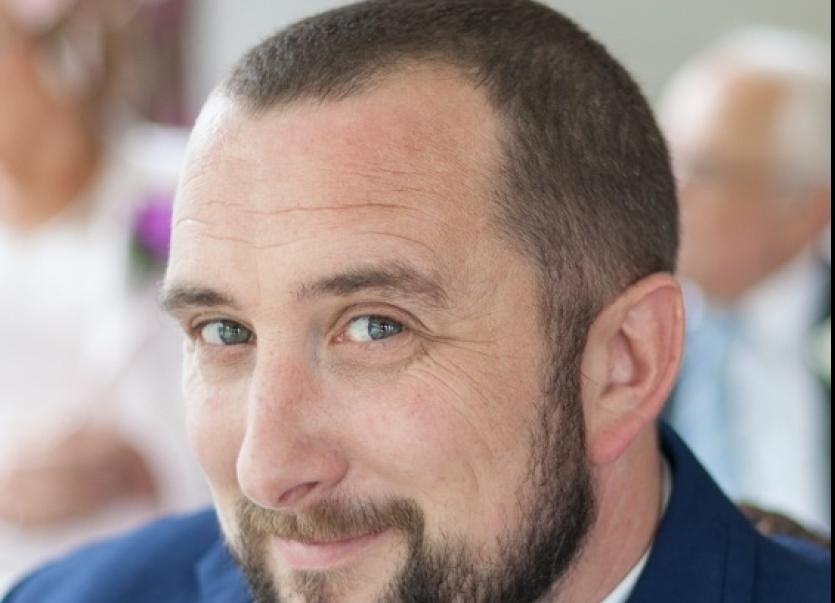 THE SADNESS of a young man dying in a car crash just weeks after his father passed away is "unimaginable" said a parish priest.

Niall O'Grady was fatally injured in the collision involving a car and a truck in County Limerick on Tuesday afternoon. The incident occurred on the stretch of road between Hynes' Cross and O'Rourke's Cross on the N20.

Originally from Raheen, Niall aged in his forties, had moved to Bruree. Married to Kim, they have two young children - Michael and Freya.

"Everyone is just shocked. There is no answer to it," said Fr Davern, who added that Niall was an only child.

"It is unimaginable - the sadness of it - for his mum Siobhan. Her only child dying 11 weeks after she lost her husband. It doesn't bear thinking about. The poor cratur," said Fr Davern. The old Irish word convey the deep sadness and sense of shock.

On behalf of the whole parish, he expressed his condolences to Niall's mum, wife, children, family and many friends.

He worked for Uber in Limerick city and before that St Andrew's Group in Shannon. Very popular and kind-hearted, Niall's last post on his Facebook page was to ask people to donate to Pieta House.

"For my birthday this year, I'm asking for donations to Pieta House, Preventing Suicide and Self Harm. I've chosen this charity because their mission means a lot to me, and I hope that you'll consider contributing as a way of celebrating with me," wrote Niall.

Beloved husband of Kim; dearly loved father of Michael and Freya and much-loved son of Siobhan and the recently deceased Tony. Regretted by his aunts, uncles, brothers-in-law, sister-in-law, mother-in-law Marion, cousins and a large circle of friends.

A private funeral will take place. Mass Cards and letters of sympathy can be posted to Thompson Funeral Directors.

"So sorry to hear of this tragedy. I worked with Niall over the years. He was so full of life. My sincerest condolences to his wife and family," wrote one.