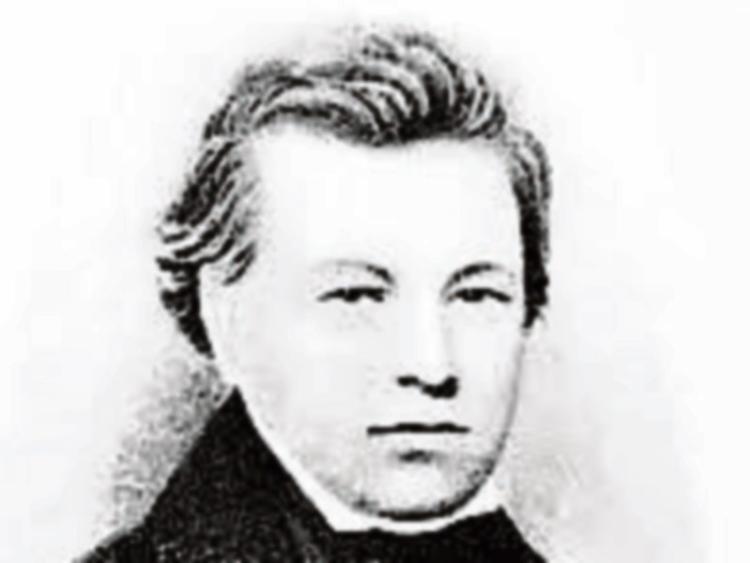 I HAVE always been interested in our local place names, and wondered how did those Irish towns and villages which we know today get their names?

Most of them have a romantic ring to them, and it is not always easy to find the true origin of those old Gaelic place names. One thing we can be glad about is that our Gaelic heritage has survived despite the inroads the stranger made into our little isle of green.

Our Irish place names have survived throughout the land as a whole whereas the language sad to say has not. Saints and churches, trees animals’ hills and rocks are all embedded in Irish place names. So too, are family names remembered in many towns villages townlands and crossroads all round Ireland .

Most Irish cities, towns and villages today have what we call anglicised names. Yet, before the British occupation of Ireland, Irish were referred to in Gaelic, both in the written and spoken word. Some of the true meanings of many of these towns and cities are, however, lost in the mists of time. Even in modern day Ireland the meaning of some of these names can be vague. Even today, many Irish towns and villages are known to bear both Gaelic and anglicised forms of their names.

It is rather sad to think that today, so few people know the history of their own place, or how it got its name or meaning. It is never too late for those of you who had never to leave home to find out all about where you live. Sad to say , too much of our local history was carried away to other lands, by those who were forced to emigrate in times gone by. This knowledge which people had was taken to the grave with them when they died. It is lost and gone forever, simply because it was never written down.

When someone asks us where we come from, we readily name the place where we live. If the person asking seems none the wiser, then we usually name a much bigger place nearby in order to help them locate it. But it is sometimes less easy to describe exactly what sort of place we live in as people often have a quite different understanding or notion of that. There are many different land divisions that go to make up a county and a country.

A hamlet is a small village usually without a church, and a settlement is a place or area occupied by settlers (or a small village). A village is a group of houses and associated buildings larger than a hamlet and smaller than a town and usually in a rural area. Also be a self-contained district or community within a town or city regarded as having the characteristics of village life. A parish is an area having its own church or otherwise a Civil Parish is a district especially constituted for purposes of local government.

A town is a large urban area with a name and defined boundaries and its own local government being larger than a village and not created as a city. A city is strictly a large town which has been created a city by Royal Charter and containing a cathedral. A district is a division of a county or region electing its own councillors. A county is a territorial division of a country and a chief unit of administration.

Place names hold a fascination for Irish people and Irish people have a keen sense of place. It is important for us all to record the names and lore associated with our home place, and about how they got their names. As many ditches are being knocked and small fields are being made into large fields, many names are lost forever in the process. Unless these names are gathered together and preserved, they will surely die out. That would be a sorry loss to the nation's heritage.

One can also assume that underneath the layer of modern names lies a layer of older Irish names, that have been for the most part, lost when the farm changed hands and new names were coined. It is important to record these older names across the country where they still exist. When it comes to place names much of the knowledge is scattered amongst members of the community.

In Ireland the collection of place names began to occur in a systematic manner in the 19th century when the first Ordnance Survey maps were being drawn up. These maps were being important for the British government, not out of an interest in the place name heritage of this country, but out of the desire to know exactly where the boundaries between townlands were so that the country could be managed more effectively at an administrative level, fully taxed for example.

Thousands of names were collected in the process of this mapping project. Those who gave the names to the surveyors back in the 1840s, were often the owners of large estates, the local clergy, and others held in high esteem. John O'Donovan was employed to record the Irish language names of the places in question. He was an Irish language scholar and his judgement is accepted as highly dependable. The notebooks compiled by the surveyors including John's work came to be known as the Ordnance Survey Name Books or even the John O'Donovan Name Books. Microfilm versions of these notebooks can be consulted in the National Archives in Dublin and in our universries and county libraries.

Local libraries will have information on collections made in each county as well as collections of names from historic documentation and published works as well as unpublished materials from private individuals in their local studies section.

There is also the very large volume of place names to be found in the School's Folklore Collection (1938) in the department of Irish Folklore for each county and generally available on microfilm in county libraries. By studying place names you are trying to work out what the people back then were saying, and it does connect you with your ancestors. It can be enjoyable as some of these names are so poetic and expressive.