Limerick dairy farmers down thousands due to cuts 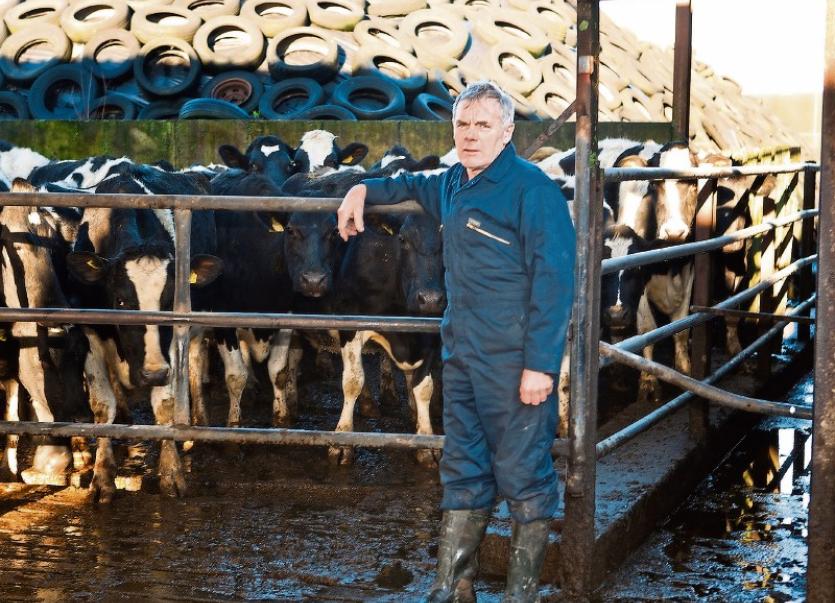 LIMERICK milk suppliers have lost “thousands of euros” as a result of the price cuts introduced by their co-ops on foot of the Covid-19 impact on markets and consumption.

ICMSA dairy committee chairman, Ger Quain said that the price cuts were obviously unwelcome and, in ICMSA’s opinion, were both “too fast and too deep, but the fact that they hit the milk supplied to co-ops through the four month ‘peak period’ running from March to June inclusive compounded the damage”.

“This is the peak period where probably around 45% of a dairy farmer’s total annual milk production is supplied. These are the four most important milk cheques in the year and for an average Limerick farmer supplying 400,000 litres to Dairygold or Kerry, this series of price cuts will have knocked around €5,000 off the total of those cheques for just these four months and probably more than €10,000 for the year unless prices come back up to the levels we saw in February – which we emphatically expect as the market recovers,” said Mr Quain, who farms in the parish of Creggane-Colmanswell.

Remember that Limerick has the third highest number of dairy cows in the state after Cork and Tipperary, he said.

“This is massive business in Limerick and that milk money goes through the farmers into the wider local economy. This is a very substantial hit to our local economy and ICMSA thinks it should mean more understanding and support at both local and national levels – specifically in terms of the coalition government that looks likely to take office and their plans,” said Mr Quain.

There aren't many other clouds in the sky currently but one big one is looming - drought.

“It looks like we’re going to get a good first cut, but realistically we’ll want two more cuts. We’re watching this carefully but we don’t see any reason to panic on the question of silage and supplies of fodder – certainly not in Limerick and not for now.

“What we most certainly do not need in 2020 is any question of drought or pressure on fodder. It looks like it’s going to be another challenging year on prices and the very last thing our local dairy sector needs is the question of adequate fodder supplies being added to the hit we’ve already taken on prices and income," concluded Mr Quain.