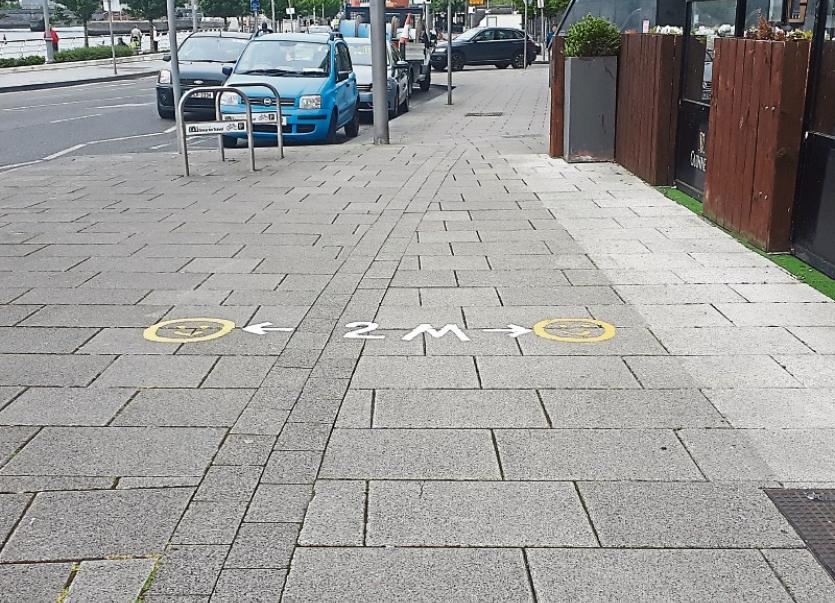 AS COVID-19 restrictions begin to ease, we must now consider what this means for people’s wellbeing and the economic recovery of our city. Now more than ever the city streets, paths, and public spaces are linked to the successful re-opening of local businesses, shops, cafes, restaurants and pubs.

Smaller shops and businesses such as opticians, office suppliers, and repair shops have reopened, and they will be joined on June 29 by cafes and restaurants that can ensure social distancing.

For Limerick this means that, for the first time in years, the city centre will be the main shopping, dining and recreation space this summer, as retail outlets in shopping centres like the Crescent and Parkway will not re-open until Phase five, August 10.

We must respond to this new reality.

The transport minister's statement outlining his intent that the regional cities Limerick, Cork, Galway and Waterford follow Dublin’s lead, see Covid-19 mobility frameworks plans, which focus on active travel, being put in place across the country.

The Limerick Pedestrian Network and Limerick Cycling Campaign launched the #WeNeedSpace campaign on the May 2, highlighting the urgent need for more space for people to move around our city.

Supported by The Limerick Chamber and business leaders and with over 1,100 signatures, the campaign echoes TD’s, Senators and local councillors’ calls for more outdoor space for businesses within the city centre.

We need to move beyond achieving the bare minimum in terms of social distancing and instead make the city centre a welcoming and inviting place for pedestrian visitors. Walking and cycling bring with them physical and mental health benefits.

Being out and about, even at the 2m social distance, helps people to stay connected to each other. Those who have been cocooning need to feel that it is safe to go for a walk, and parents need safe spaces for their kids to walk and cycle.

Among the many great ideas called for over the last number of weeks are slower speed limits, pop-up cycle lanes, three-metre footpaths, parklets to replace car parking, and a Cyclovia event where road space is given to walkers, runners, joggers, and cyclists for one day a week.

All of these measures will bring people out and about in a safe way and boost the economic recovery of local businesses. As we approach schools reopening in September we need to think about how children can be encouraged to walk and cycle to school, by providing an extensive network of segregated bike-to-school cycle lanes.

Other cities and towns are ploughing ahead, with measures like pedestrianising streets and reclaiming road lanes for cyclists and walkers underway in Dublin, Cork, Galway and Ennis.

Limerick City and County Council stated initially that they could make no such changes before the outcome of the Limerick Shannon Metropolitan Area Transport Strategy. However following the transport Ministers call, a Covid-19 Mobility Framework Plan is underway for Limerick (and remains unpublished at the time of writing.

Following that, there will need to be extensive consultation on the proposed masterplan which will have to be reviewed in light of the post Covid-19 new normal. Already questions are being asked by local councillors on the decisions made on the O’Connell Street revitalisation.

Given the built in ‘flexibility’ of the this plan, this too should be up for reconsideration.

While Limerick City and County Council have received countless submissions from advocacy groups, TDs and local representatives, they have refrained to date from engaging with people directly on the planning process.

For public consultation to be meaningful and effective, it needs to be started prior to the publication of proposals, not afterwards.

A Covid-19 mobility plan could take a three phased approach.

First, reduce speed limits in urban areas and identify temporary cycle and pedestrian connection and amenity routes that can be put in place immediately, for example the three bridges route. Second, plan for reopening of restaurants and cafes on the June 29 by reallocating parking space as public amenity space.

Third, formulate a plan for the medium term, for example, how will people move about when they return to work and school?

There is a huge opportunity for the city to reframe it’s thinking around active mobility and placemaking. There is a groundswell of support for ambitious plans that will bring a strong recovery for the city and it’s citizens.

The local authority must embrace this as a positive force for bettering our city and take the opportunity now presented to them. It is time to work together.

It is high time to put people and businesses before cars.