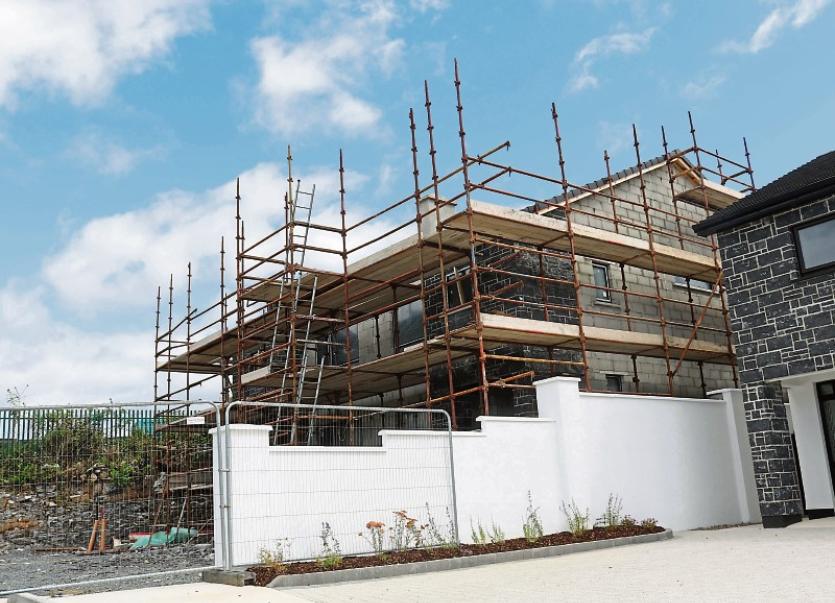 BUILDERS have returned to the site of a long-awaited housing development in Mungret.

There have been long delays to the Sli na Manach development since the first houses were completed in 2009, with some would-be residents facing waits to move in.

But with around 50 of the almost 150 units left to be completed in the project, the boss of the firm behind the scheme Genesis Homes says he hopes work to be completed by the end of 2021.

Local resident Claire Keating added that the activity on site has been “intense” since the start of the week.

Mr O’Connor, who now heads Genesis, said: “We’d like to get going fairly strongly again on this. We’d been back on site for a while, and had to close it down again due to Covid-19. But we had a health and safety audit the week before last before we put the various protocols in place and the site has been opened since lastt week.”

Genesis is seeking planning permission from Limerick Council to alter the layout of final tranche of homes in Sli na Manach.

Instead of 24 apartments, the company is seeking to construct a new mix of residential units.

“We are changing the front of the existing site around . It would have had what I would call a Celtic Tiger planning on the front. There’s a demand for three-bed terraces. They’re good houses and I can get them in at a good price,” Mr O’Connor said.

Ms Keating said: “Hopefully this time they will stay and finish the building on site, because people like myself and others have been living here since 2009 and it’s been a building site. The developers have come and gone three or four times. This time, hopefully they’ll finish it once and for all.”

Meanwhile, Genesis Homes has purchased an adjoining site to Sli na Manach which has permission for 142 homes.

Mr O’Connor said a planning application will be made on that site in the months to come.