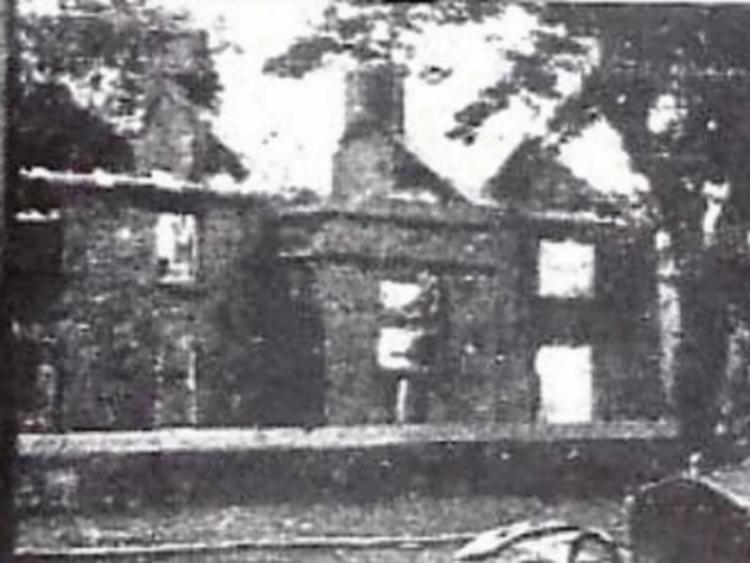 ONE HUNDRED years ago this Thursday, May 28, the RIC barracks in Kilmallock was attacked.

Three men were killed that fateful night. The Kilmallock Historical and Heritage Society will hold a commemoration “to honour the men and women who bravely fought in this episode of Ireland’s fight for freedom”. Society member, Pat McCarthy has written an intriguing article on the events that many may not be aware of.

By the spring of 1920, the campaign against RIC Barracks was well under way and was successfully fulfilling its two-fold purpose of loosening the enemy’s hold on the country and getting arms and ammunition for the volunteers, said Mr McCarthy.

It was against that background that the attack on Ballylanders and Kilmallock RIC barracks took place one month apart. Ballylanders on April 27; Kilmallock, May 28.

Kilmallock barracks had one weakness, of which great advantage could be taken by daring attackers. Situated at the south end of Kilmallock on the Main Street the barracks was rather a low, squat structure, strongly built, but overlooked by higher buildings adjacent to it.

“That gave the attackers, provided they could occupy these surrounding buildings successfully, a dominant position over those in the barracks. The front wall of the barracks was parallel with the back wall of Willie Carroll’s (O Cearbaill) house. The Bank of Ireland occupies that space where the barracks once stood,” said Mr McCarthy.

It was learned that the normal strength of the garrison was two sergeants and 18 constables. However, on the night of the attack there were 28 men.

At 8pm, eighteen men from the East Limerick Brigade met at Garryspillane crossroads with their bicycles and proceeded to Kilmallock direct to join forces with other detachments from West Limerick and East Clare. They were under the overall command of Tomás Malone.

“About 30 men, each of whom was recommended by his local commander were now specially selected and armed with the best rifles and a plentiful supply of ammunition. They were detailed for the attack on the barracks. The remaining 40 men were armed with shotguns and all sorts of miniature weapons.

“All available help in the entire area was mobilised at 9pm. By-roads and railway tracks, for a radius of 15 miles around Kilmallock, were made impassable for any form of traffic. A prodigious amount of hard labour went into this work, but it was effectively done, and it was as well it was done so, for the barracks proved to be a far tougher proposition than they had counted upon,” said Mr McCarthy.

Thoughts must have turned to March 6, 1867 when the Fenian Brotherhood had attacked Kilmallock barracks. Three Fenians died in the failed attack, one has never been identified. He became famous as “the unknown Fenian.”

“Under cover of darkness, the volunteers occupied the three buildings opposite the barracks. Two volunteers checked in to Clery’s Hotel (now Fitzgerald’s) directly across from the barracks so they could unlock the door and let the attackers in. The volunteers also occupied the Provisional Bank of Ireland and Con Herlihy’s house on either side of the hotel,” said Mr McCarthy.

Thirty rifles opened fire on the barracks, but the effects on that fortress were negligible. At the same moment, Malone threw a large metal weight on to the roof of the barracks. He, and others continued to rain down heavy weights and some of the contact bombs from Dublin until they finally broke open a hole in the barrack roof.

It had taken quite some time, and gallons of  paraffin oil to finally get the roof of the barracks ignited. Malone, whose real name was Sean Forde, called out for the RIC garrison to surrender. The response was: “No surrender.”

The firing continued. Through the night the RIC continued to refuse to surrender in spite of the building burning down around them. Near dawn part of the roof collapsed but still the constables did not surrender. They had managed to go into a small outhouse building in the back.

“The sun was up now, and the volunteers were too low on ammunition to think about laying siege to that building, especially with RIC or military help likely headed towards Kilmallock. The decision was made to retreat. During the retreat Captain Liam Scully was mortally wounded, hit in the neck. He was rescued by Ned Tobin, who bravely risked his own life to rescue his comrade in arms. Alas, it was too late and Liam Scully was given the last rites  by Fr Wolfe,” said Mr McCarthy. Two RIC were also killed in action – Sergeant Thomas Kane and Constable Joseph Morton.