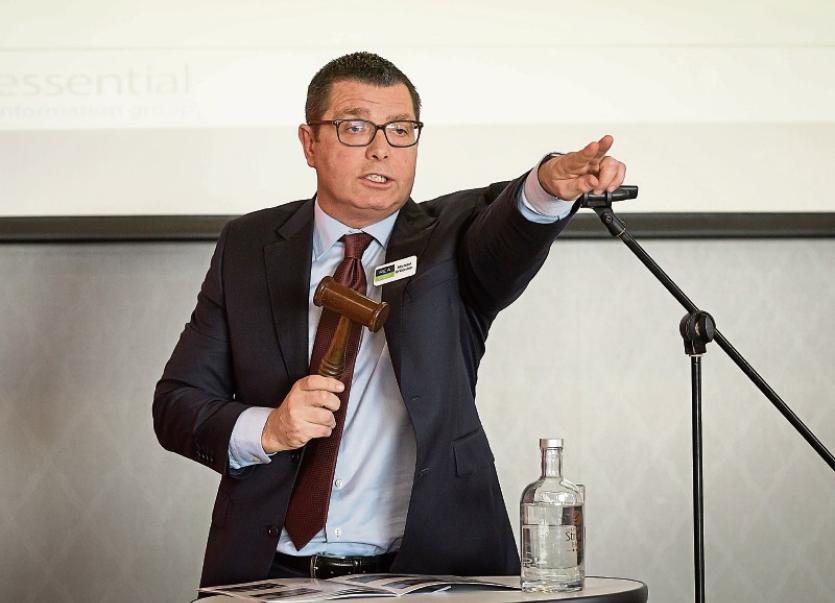 AN ONLINE auction sold €1.23m worth of properties - including a number in Limerick - in just two hours.

New national platform Youbid.ie held the first of its monthly online national auction events on May 21 with 80% of properties listed sold at an average of 10% over reserve.

Youbid CEO and experienced Limerick auctioneer, Michael O’Connor said the event showed that the market was still holding up in the midst of a pandemic and that there is demand to bring vendors and buyers together online.

“These are real properties that have sold and interest was strong, with enquiries on all of the lots,” said Mr O’Connor.

Of the 13 properties in the online auction, 11 sold and an offer is still under consideration on one of the remaining two.

The auction platform has been launched with the aim of offering property vendors a swift sales solution in the midst of the current situation.

“It started at 10am and was over at noon with all contracts signed and 10% deposits paid. They will close in four weeks,” said Mr O’Connor.

However, Covid-19 restrictions did have some impact on the auction with more than half of an initial 28 lots withdrawn due to delays with title documents and BER certificates caused by the temporary closure of Property Registration Authority offices.

“We’re confident that many of these properties will be featured in our next auction on June 18,” said Mr O’Connor.

With most Covid-19 restrictions still in place, property agents have been looking to innovative solutions to provide platforms for vendors and purchasers.

Youbid.ie’s launch was something of uncharted territory in the current climate but Mr O’Connor said he was always confident of success.

“Although conventional market activity has been hit, there are motivated mortgage-approved buyers and vendors who need to sell their properties, both seeking solutions that suit their current circumstances,” he said.

Youbid.ie combines an online valuation system, virtual viewings, and a national network of physical agents on the ground for its online auctions.

“The property industry is having to adapt quickly and Youbid provides a national marketplace to meet the needs of buyers and sellers – giving properties access to a much wider audience.

“We are offering an alternative to the private treaty marketplace which, in normal times, is taking nine weeks on average to reach sale agreed and a further eight weeks to finalise transactions. In many cases, this is stretching to six months.

“Our process has been designed to make the buying and selling of properties as simple as possible, using an online document exchange which sees contracts signed immediately and the sale closing within four weeks. All documents are pre-uploaded including contracts and title documents, all auction buyers are pre-approved,” said Mr O’Connor.

The Youbid.ie auctions were originally set up to cater for receivers, banks and funds, but are now being expanded nationally to meet the needs of private owners.

Youbid.ie’s next auction takes place on June 18, where 25 properties are expected to go under the hammer, and then one on July 23. They are now accepting lots for these auctions.