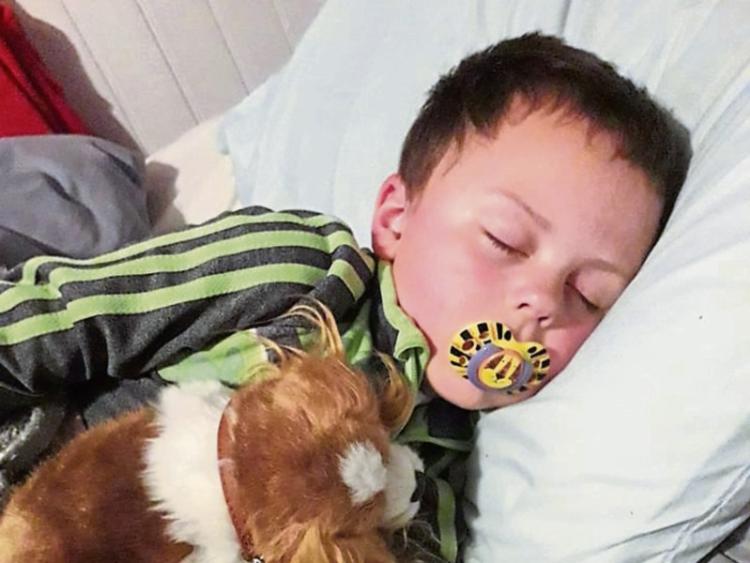 A KILDIMO woman has helped a heartbroken little boy whose precious baby puppy was stolen from his back garden.

Charleville lad Ashton Foley, who is just four, was left devastated following the theft of Ginger, a King Charles, who is his autism support dog.

After kind-hearted Marianne Moloney read about the theft, she dug out a cuddly toy dog, which she had bought as a gift for her mother, who sadly died in 2011.

“My heart just melted for him. My mum passed away in 2011 and we've always loved little King Charles dogs. I had been out in Memphis, Tennessee and while I was browsing, I found this little perfect [It was a replica of a King Charles] dog literally asleep in a bed,” she explains.

“If it helps the little fella and Jenny, there's no point in me having it here. It was a present for my mum, and I'm sure my mum would be delighted if it helped another little child,” Marianne, whose mum was Rita Sheehy, told the Limerick Leader.

Marianne even asked the gardai to take the little toy dog from Kildimo to the Foley’s home in Charleville, where Ashton’s mum Jenny collected it.

“I had a phone call from the guards, who said they had something for Ashton that a lady in Limerick had given to him. I initially thought it might have been a real dog, and felt we could not take it on. But it was a replica of a little King Charles. It’s very similar to Ginger. It breathes and everything, up and down. So it's very realistic,” Jenny said.

Ashton loves the cuddly toy saying when it arrived, he was left wide eyed.

“He couldn't believe it. He kept looking at it. He was putting his hand down on her to feel her breathing. He knew it was a Teddy, but he was in such disbelief about the similarity to Ginger,” she added.

Jenny paid tribute to Marianne, saying, “I could not believe somewhat would do something as kind as this. That someone could pass on something so precious to our family. It's such a kind-hearted thing to do what she did. And we're going to take such great care of it for her. We won't let it out of our sight!”