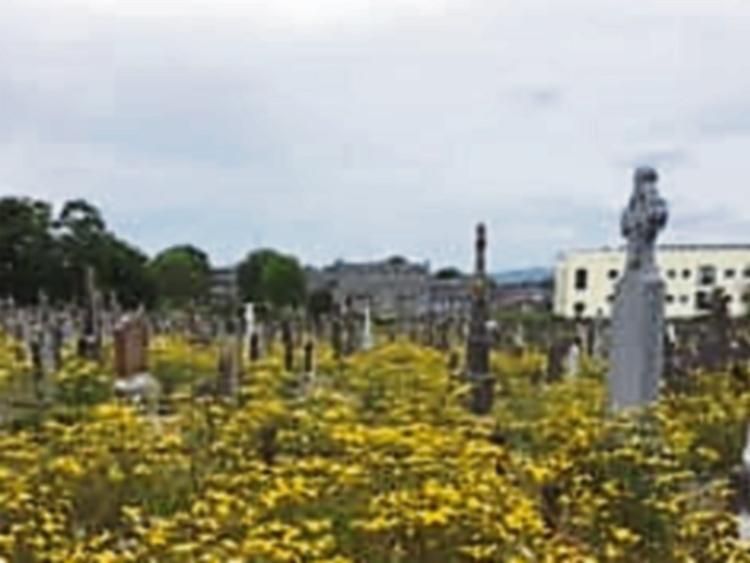 MEMBERS of the public concerned over the ‘terrible state” of Mt St Lawrence cemetery have been told that some areas will be left untouched to cater for two colony of bees.

A number of people contacted the Limerick Leader regarding the condition of Limerick’s main burial ground, one sending in photos taken last week.

“I wish to draw to your attention the state Mount Saint Lawrence cemetery [old] is in .It is absolutely in a terrible condition. Weeds all over the place. I heard it is down to do something with bees but its not acceptable,” said Jerome Henry of Belfield Crescent.

Mr Henry tends to his parents grave. “ I know some people do not look after the graves but a lot of people do. In these strange times the finances of the council might be strained but surely a graveyard is for the deceased so maybe the Civic Trust could get involved again as it was not so long ago the graveyard looked tidy, “ he stated.

A spokesman for Limerick City and County Council said they had tasked Limerick Civic Trust with the upkeep of Mount St Lawrence Old Cemetery.

“By government direction, all non-essential work was not permitted up until Monday, when the first Phase of the roadmap began. Limerick Civic Trust workers for maintenance of cemeteries was not classed as essential,” he explained.

He revealed that workers from the Trust are now returning to work and they can resume their valued on-going maintenance works while observing all Covid-19 work practices.

“In addition, as part of All-Ireland Pollinator Plan, Limerick City & County Council in association with the National Biodiversity Data Centre is committed to reducing the levels of chemicals used and as part of the “Let it Bee” campaign is leaving certain areas unmown during the growing season or mown less frequently so they gradually develop into wildflower meadows

“. Within Mount St Lawrence (Old) Cemetery we have two colonies of wild bees and we have intentionally left some areas untouched,” he stated.