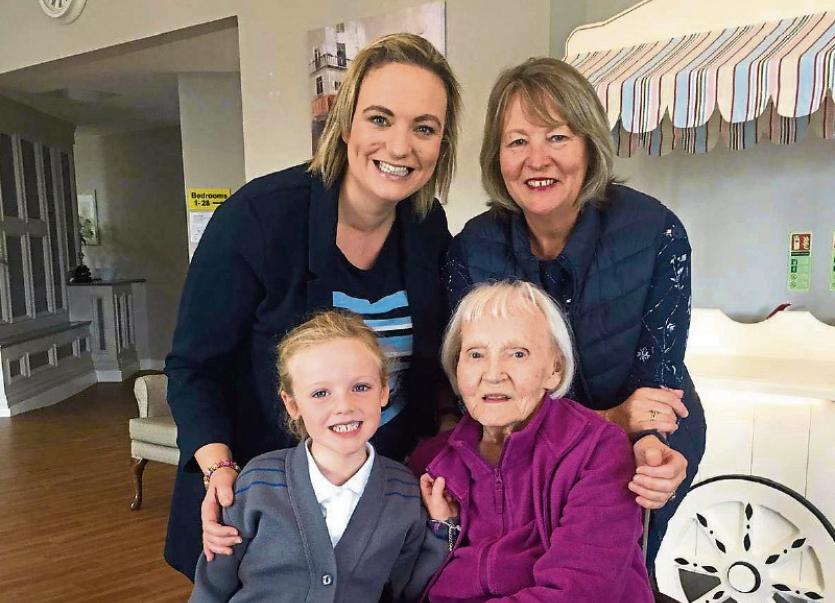 A FORMER school lollipop lady is celebrating on the double – having survived the deadly Covid-19 and become an internet star!

Inspirational Caherdavin grandmother Jenny Howell, who is 89, is now at the Ennis Road Care facility, which she has lit up with her smooth moves on the social media tool TikTok.

Jenny, who would be well-known to generations of families, as she was the lollipop lady for Caherdavin School in the 1970s, while also making the girl’s school uniforms.

She has lit up the care home, which is in the former Two Mile Inn pub, with her dancing and cool moves, captured on camera-phones by staff.

A devoted Daniel O’Donnell fan, Jenny was also a keen dancer in her heyday, and her smooth moves have been viewed by more than 30,000 people on the internet.

In an interview with Independent.ie, Jenny’s daughter Stella Brougham praised the staff at Ennis Road for “bringing some fun back into her life at this difficult time.”

“My mother never drank or smoked throughout her life but she loves the craic,” she said.

“In the 1950s she moved to London with my father and lived there for 20 years before returning to Limerick. She loves dancing and Daniel O’Donnell… my granddaughter would often bring her to see Daniel when he comes to Killarney. She’s really enjoying the fact that activities are getting back up and running at her nursing home and the staff have been absolutely wonderful.”

Ms Brougham said the staff at her mother’s nursing home do dances not only because they are fun, but knowing that the exercise is good for her.

She described how her mother had barely any symptoms when she was diagnosed with Covid-19, but has been in flying form since.