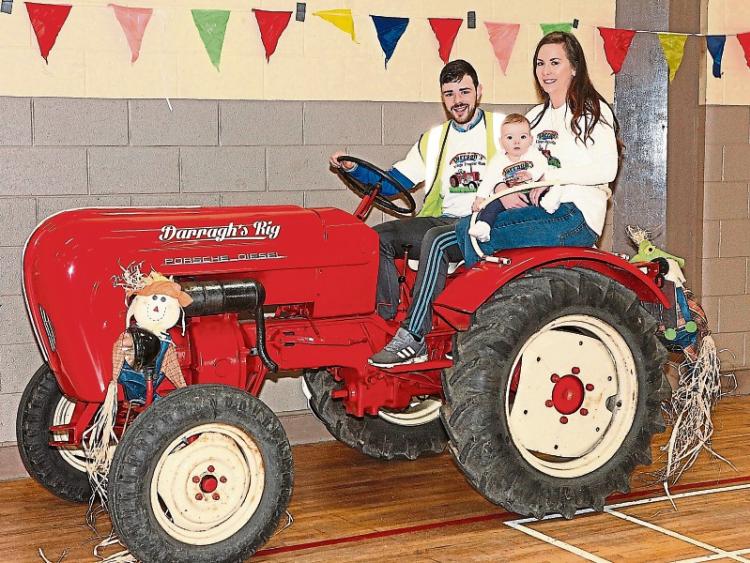 Donnacha and Patrice with Fíadh in 2018 Picture: Dave Gaynor

Both are run by the Irish Rovers Vintage Club. Patrice Clarke, who started the tractor run with Darragh’s dad, Donnacha, in memory of their son, said they were honoured to be able to help out.

Patrice, a spokesperson for the Irish Rovers, said every year they accumulate a small bit so they can run next year’s event.

“We always said we would keep money aside in case anything happens or anybody needed money in the community. Now the frontline heroes need it. It is nice to give back to them as they are minding us,” said Patrice, who knows somebody working in ICU in UHL.

While Darragh’s Tractor Run in Doon was cancelled due to Covid-19, Patrice says there is a possibility of it being run in September if the guidelines allow it.

“Everybody is in their own tractor so it is possible to socially distance. We are not sure about the vintage show in September yet – we’ll see how things go,” said Patrice. The cheque for €4,000 was handed to Cllr Martin Ryan. As the co-owner of a haulage company they knew it would be delivered and on time.

“They do great work for local charities and I am delighted to facilitate handing over the cheque to the Feed the Heroes campaign,” said Cllr Ryan.