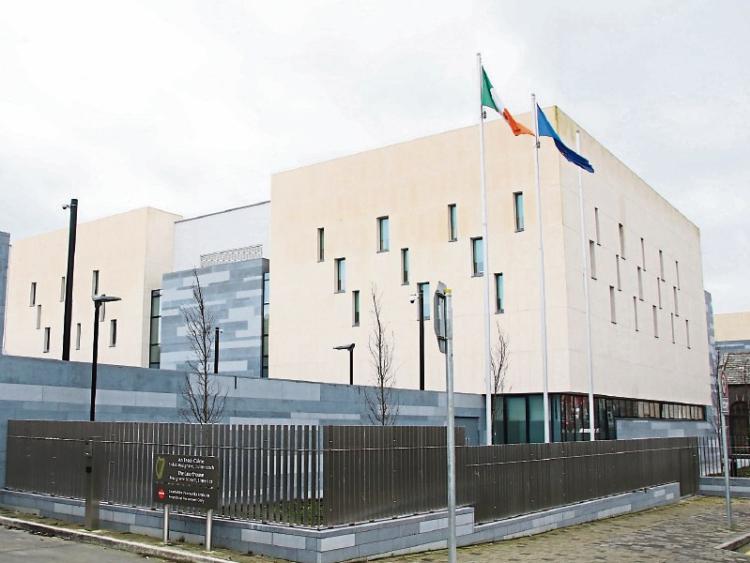 A YOUNG man has been charged in connection with an incident during which another man sustained serious head injuries resulting in him being hospitalised for several days.

Mark Buckley, 22, who has an address at Collins Avenue, Kincora Park, Limerick appeared before Limerick District Court after he was charged with assault causing harm under section 3 of the Non Fatal Offences Against the Person Act.

It is alleged he struck the injured party on the footpath outside a pub at Sarsfield Street in the city centre at around 10.30pm on January 30, last.

Opposing bail, Garda Patricia McCormack said it will be alleged Mr Buckley struck the injured party during an altercation involving a number of people.

The injured man was admitted to University Hospital Limerick where he was treated for four days.

He sustained a fractured skull, a broken eye socket and a fractured jaw and and received seven staples to his head.

While the defendant was located by gardai near the scene on the night, Garda McCormack expressed concern he would not appear in court or stand trial if granted bail.

Solicitor Sarah Ryan denied her client had fled following the incident and confirmed he had given his details to gardai on the night.

She said he denies the allegations and he has given gardai his version of what happened.

”He said he acted in defence,” she told Judge Marian O’Leary before adding that the allegation against Mr Buckley “was not without context”.

Ms Ryan added that her client was willing to abide by any conditions imposed by the court if released on bail.

Having considered the matter, Judge O’Leary said she was willing to grant bail subject to strict conditions including the lodging of a €1,000 cash surety with the court.

Mr Buckley was ordered to live at this home address and to obey a nightly curfew.

He was not have any contact with the injured party and he must be contactable on his mobile phone 24 hours a day.

Sergeant Sean Murray said investigations are continuing and that a file is being prepared for the Director of Public Prosecutions.

The case was adjourned to early July for directions.