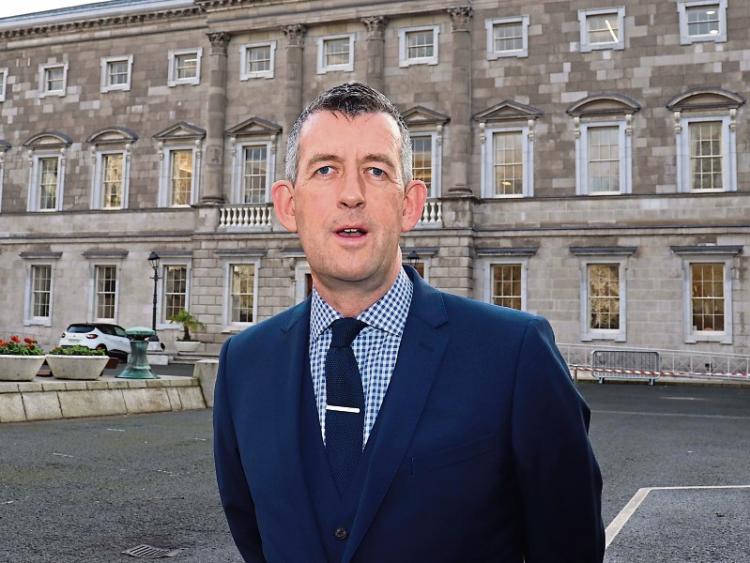 SINN Fein TD Maurice Quinlivan has urged the University of Limerick (UL) to “get their finger” out over the refunding of rents to students.

It comes after it emerged that Education Minister Joe McHugh took it upon himself to contact the college’s chancellor, Mary Harney to discuss the matter.

Speaking in Dail Eireann last week, Mr McHugh said: “There has been no outcome, but the issue of paying back students was on the agenda, and as far as I know, the college has not made a decision on it as of yet.”

In a statement, UL said the matter of refunds is under “serious review” by the governing authority, with a recent meeting of the group cancelled.

“A new date has yet to be confirmed and as such, no decision has been made. The on-campus accommodation at UL remains open and operational and there are 500 students living in the village residences,” a college spokesperson added.

Mr Quinlivan says UL has an “obligation” to refund the students.

“UL need to get their finger out here and sort it out. They are the only university which has not done it. They need to do it sooner rather than later. I genuinely believe it will be sorted out, so the sooner they do it, the better.,” he told the Limerick Leader.

Mr Quinlivan said students do not need the extra stress of not knowing if and when they’ll get refunded.

“The whole Covid-19 has been a trauma. It’s been very difficult for people who are suffering from mental health issues and different things. Family situations have become complicated. They just do not need this additional stress,” he added.

UL had told its students they could claim their deposit back early but that rents paid to cover the rest of the semester would not be refunded.

This was in stark contrast to other universities.

Some student villages have said they will not be affording refunds at all.

Notably, this included the City Campus at Lord Edward Street in the city centre.