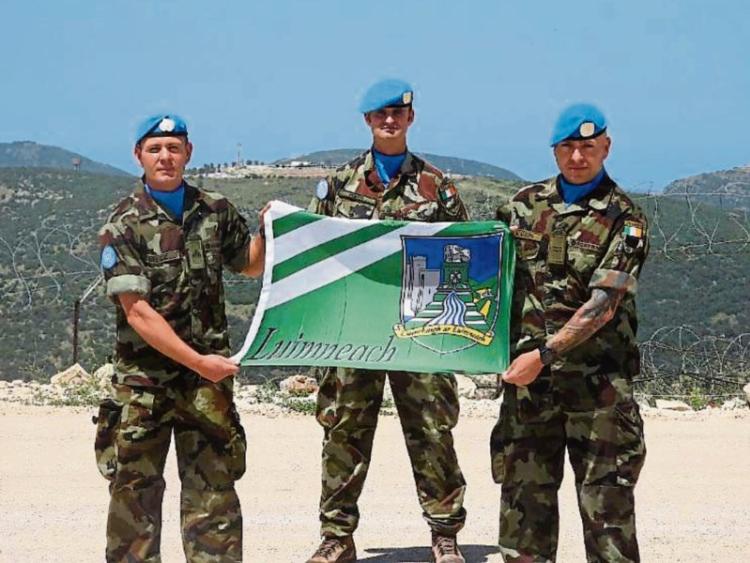 SOLDIERS from Sarsfield Barracks in Limerick who are currently deployed in South Lebanon are preparing to take on a mammoth challenge to raise funds for a number of cancer charities, including Milford Hospice

The 200-strong Irish contingent of 115 IRISHPOLBATT was deployed last November and its return home has been delayed because of the Covid-19 crisis.

”Unfortunately our rotation home which was due to take place this month has been delayed. To give personnel some focus while awaiting new dates, this fundraising idea was put forward by personnel who have a personal connection to each of the charities concerned,” explained Captain Margaret Hogan.

On Saturday, May 30, six members of the Battalion will run the distance of a marathon up Snake Hill - a 500m hill within their compound. On the same day,  five teams, each comprised of 23 personnel, will complete ten 1.1km laps within their compound –  the equivalent of 253km.

On the following day,  members of the Engineer Contingent will take on the challenge of completing a 25km or 40km March within the camp including Snake Hill carrying 14kg in weight.

Private Jason Boyce, who is originally from Limerick, is one of the organisers of the event and it was he who suggested Milford Hospice as one of the beneficiaries.

“Milford Hospice is very close to his heart as his aunt received palliative care and spent her final days there. She passed away during Christmas time 2008. Jason and his family are grateful for the care and support given to his aunt and their family during that difficult time. Jason is thankful that he can give back to this wonderful service in some small way,” Captain Hogan told the Limerick Leader.

Battalion Commander Lt Col Robert Hurley from Cork was a classmate and colleague of former Garryowen and Ireland rugby player, Neville Furlong who spent his final days in Milford Hospice.

A GoFundMe Page has been established and updates from the charity weekend will be posted on social media (@IrishPolbatt).