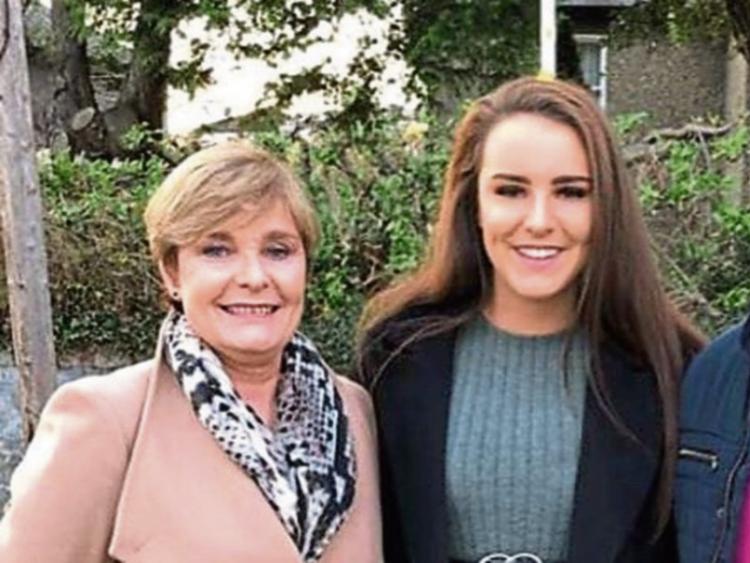 Every precaution was taken but Claire McNamara still gave her mum, Joanne, the coronavirus

RESTRICTIONS might have eased but the danger of Covid-19 hasn’t, says a senior Limerick camogie player who gave the virus to her mother.

Claire McNamara, Doon, has spoken out about contracting coronavirus and the “guilt” of giving it to a loved one to warn others not to break the rules. Her mum, Joanne, aged 58, was hospitalised for eight days.

Claire, aged 19, has been angered by seeing an increasing amount of photos on social media of people having parties, barbecues and not social distancing - some of whom are essential workers.

“If I thought my guilt of passing it to my mam was bad, imagine the guilt of knowing you brought it into a nursing home. That’s a different level. Think of the devastation it would have caused to the elderly patients and to the staff if I gave it to them,” said Claire.

The occupational therapy student in Trinity College contracted Covid-19 in Dublin. Claire had never been fitter. She would come home to Limerick to train every weekend; trains two or three times a week in Dublin and has been on the Limerick camogie team since she was 16 doing intense training. Due to her age and fitness, Claire wasn’t too worried.

“I was wrong. I got severe chest pains. I was not able to walk up a flight of stairs without being out of breath. Taking a shower left me completely drained. FaceTimimg my friends for not even 20 minutes left me wrecked. I distinctly remember waking up after a nap on the couch not being able to breathe properly because my lungs were so congested. I relapsed after my two weeks were up,” she said.

The scariest of all was the possibility of giving it to her mum or dad. Claire’s symptoms started after she returned from Dublin to Doon. While in self-isolation every precaution was taken - she had her own bathroom, stayed in her room all day and the house was practically washed with bleach.

“I still gave my mam the virus. She collapsed at 1am while I was asleep and was hospitalised for over a week. It exacerbated previous stomach problems and gave her severe ulcers. This happened because I gave her the virus. Me.

“It is something I feel quite guilty about as it could have been a lot worse if my mam was still a smoker or if she had more serious pre-existing conditions. She relapsed again after four days out of hospital and had to go back into hospital again for tests. But, she thankfully got better and was released but she, an active mother, is still not the same,” said Claire. Neither is Claire.

”The first few weeks after I was cleared, simple exercise like a 1km walk, would leave my chest very tight and I would be coughing up a lot of phlegm from my lungs. Even now my fitness is not back to normal and for a girl who trained two to three times a week for the majority of her life, exercise is more difficult than it should be,” said Claire.

She stresses they are very lucky in comparison to others who have died, are on ventilators or are currently in ICU. But they are examples of how Covid-19 can affect you and how it affects people in different ways. Claire shared her family’s experience on Facebook and Instagram. It has got a massive response.

“Young people are going around acting as if they are immune to it but they’re not. I can't see my friends like they are seeing their friends. That made me angry that they thought they had the right that they could go over to their friend’s house and not social distance and act like nothing is going on when people's parents, children, grannies and grandads are in ICU on ventilators.

“If meeting up with friends tomorrow or in the future, please stay within guidelines and socially distance. You do not realise how serious this can be until you are affected by it. We all want this to end but if we act irresponsibly as this lockdown eases, more people will get it, more people will die, leading to another lockdown which will have a severe negative impact on the economy. Right now, 28% of Irish people are unemployed.

“I understand everyone’s frustration but what we do right now will determine if we are back to normal in three months or nine months,” concludes Claire.