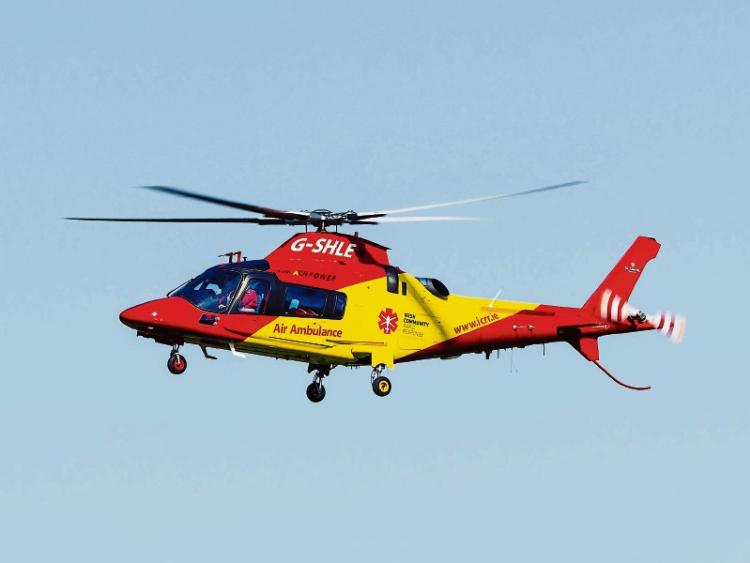 The charity behind an Air ambulance which has been deployed to dozens of emergency incidents in Limerick over the past year says it will return a seven-day service from June 1.

Irish Community Rapid Response (ICRR), had warned the service faced being grounded permanently due to its inability to fundraise during the Covid-19 crisis.

Based at Rathcoole in North Cork, the Helicopter Emergency Medical Service (HEMS) is being delivered in conjunction with the National Ambulance Service and the Department of Health.

The service which operates under the call sign Helimed 92, went live on July 30, 2019 and has been tasked nearly 400 times since – well in excess of what had been anticipated.

The service had operated a five-day only service in recent weeks but a constant stream of donations and virtual fundraisers for the service has enabled a return to a seven-day operation.

“A return to seven-days service has been a huge focus for the ICRR team and we are thrilled to finally see this critically needed Air Ambulance be where it should be; in the air when we need it most . We sincerely thank the public for making this possible,” said operations manager, Ruth Bruton.

“However, the ongoing challenge of keeping it there is our priority and continued support from those than can give is vital. Every mission counts, so every donation counts too,” she added.

There have been a number of fundraising events in Limerick over the past year and some of those who have benefited from the service have also made donations.

“We are so grateful for the outpouring of support and donations from people across Ireland, we sincerely thank each and every person who answered our call. The online community spirit by way of donations and showing support with beautifully drawn pictures being posted to our crews has made this difficult time an easier journey. It’s been overwhelming and incredibly uplifting to see so many people understand the necessity of this service for our communities,” said Ruth Bruton.