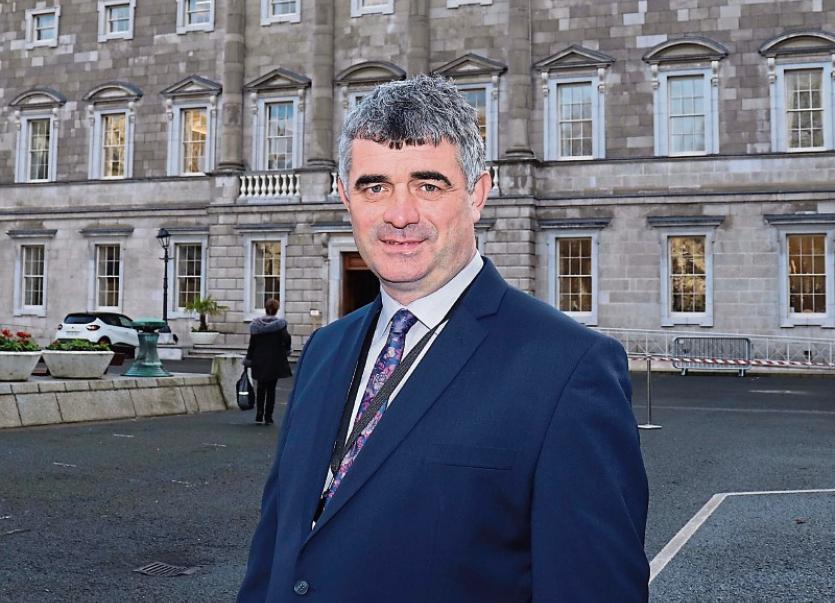 INDEPENDENT Limerick TD Richard O’Donoghue has launched an astonishing attack on the Green Party, and questioned why any party would want to go into government with them.

As the long road to government continues with talks between Fine Gael, Fianna Fail and the Greens, Mr O’Donoghue says he has “no real confidence” in its leader Eamon Ryan.

And, he even indicated that he will break away from his rural group of TDs to talk to the government alone in the hope of a deal.

Mr O’Donoghue, a builder by trade, says the Green Party are full of people who are “saying what they want done, but not doing it themselves.”

“How can we ask someone to do something and not do it yourself? That’s what's making it comical when you look at some of the policies they're coming with,” he said.

He believes all the Greens want to is “look at farming and how they are going to reduce it”.

The Ballingarry man added: “I cannot understand why the government want to enter into talks with the Greens. They don't reflect all of Ireland. Independents are elected up and down the country from cities and counties they've been elected. The majority of the Greens are elected through a city.”

Although Mr O'Donoghue is a member of the rural alliance of Independents, he slammed the Dun Laoghaire deputy.
He called for him to leave the capital, and experience life in rural county Limerick.

"But he probably would get a blister if he had to leave the capital. He'd be outside of his comfort zone. If he wants to come down to Limerick and meet us, great. But going by his own rules between the walking and the cycling they are imposing on everyone, it'd probably take him about three weeks to get here," he said.

"If he spends a week in the county, by the time he's cycled to the shop get the pint of milk, it'd probably be sour by the time he gets home," he added.

Limerick City Green Party TD Brian Leddin said although he respects Richard, and described him as a “good guy” with a “clear mandate from his constituencies,” he would “respectfully disagree” with his remarks.

“I’d like to work with him to help him understand how we can work together to help all people in this country, rural and urban. Green Party policies will improve livelihoods in rural areas, for example by creating huge employment through retrofitting schemes, improving farmers livelihoods and regenerating our rural towns and villages which have been ignored for too long.

“​I represent a constituency that covers urban and rural areas, as do my Green Party Dáil colleagues in counties Waterford, Carlow, Kilkenny and Wicklow. We have members from all walks of life, including many working farmers, and most of our members are from outside Dublin,” Mr Leddin, also a first-term TD, added.