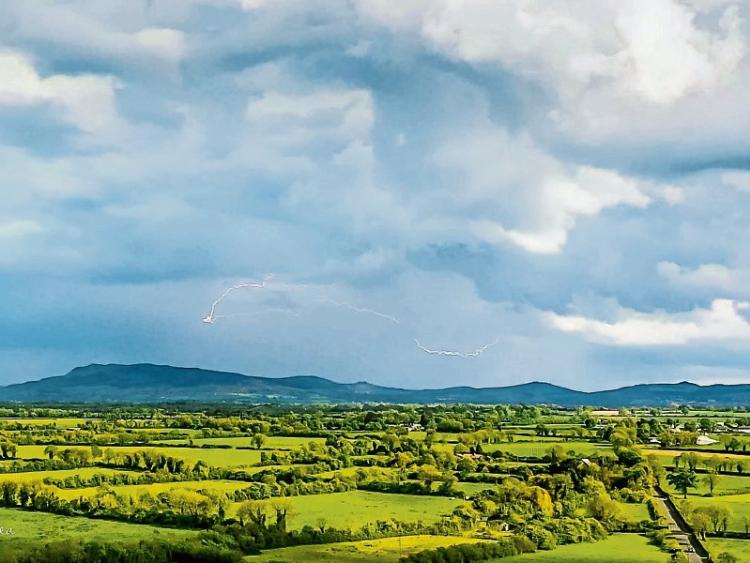 FLASH storms have ripped through county Limerick this Saturday evening, in a move which has led to spectacular scenes in some areas.

Lightning stuck over the Ballyhoura Mountains near Bulgaden, while there was relentless, thunder, lightening, rainfall and hailstones in Kilmallock for more than one hour, according to Limerick Leader assistant editor Aine Fitzgerald.

The extreme temperatures have left 160 customers in the town affected by an electricity outage, according to the ESB.

It comes as warnings are in place from Met Eireann to expect thunderstorms across Munster. The national weather forecaster has warned inland areas are to be most affected.

The yellow weather warning is due in place until ten o’clock tonight.

Earlier in the day, there was spectacular sunshine, with temperatures reaching as high as 20 degrees in some places.

35 minutes of non stop thunder and lightening now in Kilmallock ⚡⛈