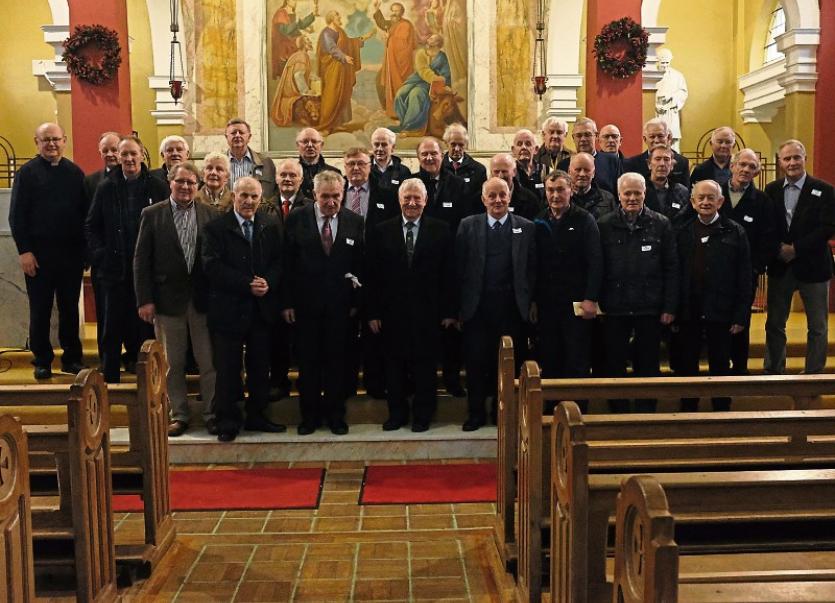 IT IS a good job Paddy Walsh and John Dillon didn’t organise a Pallaskenry Agricultural College reunion for the class of 1963/1964 later in the year as God knows when they could have it.

But on March 7 - before Government restrictions - they gathered together and shared memories, stories and jokes. It was only two months ago but it may as well have been another world. Even looking at these photos of people sitting side by side is strange.

Paddy, from Bilboa, Cappamore, and John, Killuragh, Pallasgreen, came up with the idea of a class reunion during a chance conversation at last year’s Cappamore Show in August 2019. Both men had attended Pallaskenry Agricultural College in 1963-64. Paddy said work began in earnest straight after Christmas 2019.

“The starting point was the class photo from 1963-64. For a class that was together for just one year, 56 years ago, the odds were stacked against us from the start. However, we were proved wrong and had a brilliant response,” said Paddy.

The class was broken down into three class groups. Section A (Leaving Certificate completed) - this group had to do a compulsory year in agricultural college before going on to study dairy science / agriculture science. Section B (Inter-certificate completed) and Section C (primary education completed), traditionally this group of lads returned home to the family farm. Students came from Limerick, Kerry, Cork, Clare, Galway and Waterford.

GDPR and all the regulations that go with it was a challenge but Paddy and the former IFA president love a challenge. With no access to contact addresses or phone numbers invitations were sent directly from Salesian Agricultural College.

Both men would like to sincerely thank the current principal Derek O’Donoghue, Mary Culloo, Mary O’Connor, Fr Dan Carroll and Breda Walsh for all their time and support in helping to organise this event.

“They appreciate the lengths they went to, to ensure the invitations were sent,” said Paddy and John.

Paddy, John and Breda could now start their own detective agency as they did everything they could to locate all the students - Google searches, phone calls to post offices, churches, Sunday drives to rural locations, approaching random people in villages hoping they will recognise the name. Even Sean Kelly MEP in Brussels was roped in to locate missing Kerry students.

All the hard work was worth it as they met at 3pm in the college on March 7 for a Mass celebrated by Fr Dan Carroll, college chaplain, followed by group photo, refreshments and a farm walk. Next was the Woodlands House Hotel for a meal, slide show and a few speeches to reminisce.

A special mention goes to Kevin Woods, aged 85, who travelled from Tralee. Kevin taught engineering and farm machinery maintenance in Pallaskenry in 1963.

Such was the turn out of the room it would have led you to believe there were 500 in attendance and not 50. Conversations went on into the early hours of the morning and even continued at the breakfast table. Old memories recalled, friendships renewed and a great day enjoyed by everyone just on the cusp of Covid-19.