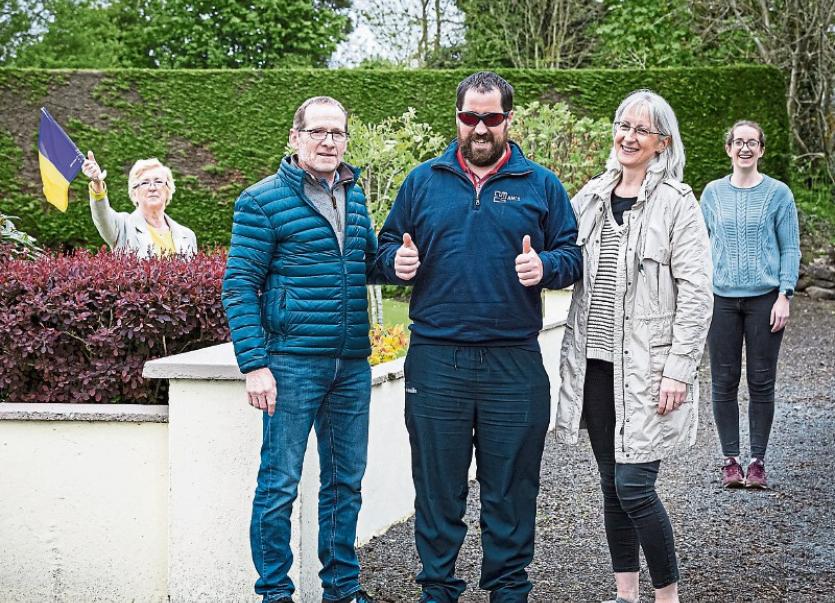 A NEARLY blind man from Caherelly received a heroes welcome on his return to Limerick following an epid rowing challenge.

History-maker Shane Ryan set off in January for a massive rowing challenge which saw him and a ream row from Europe to South America.

The 33-year-old, who raised money for Vision Sports Ireland, was born with Bardet-Biedel Syndrome, an extremely rare condition that leads to vision loss, kidney dysfunction, extra fingers or toes, and learning difficulties.

He becomes the first blind rower to make the voyage following a 54 day journey.

Vision Sports Ireland, which Shane has raised over €6,000 for so far through GoFundMe, is the national governing body for sport and leisure activities for vision-impaired people in Ireland.

His sight began to deteriorate when he was a teenager, and is now almost completely blind, reliant on a cane to get around.

His journey took in Lagos, Portugal, down the Morroccan coast before arriving in French Guiana.

A very well deserved welcome home and congratulations to Shane Ryan who rowed across the Atlantic Ocean. A phenomenal achievement!! pic.twitter.com/IAkNhcUsaH

The crew have experienced testing times along the way, including a shark attack which ended with a destroyed rudder.

They were forced to manually pump their water maker every two hours towards the end of their journey as they were refused entry to Cape Verde to have their automatic machine fixed due to Covid-19 restrictions.

But they landed safely in French Guinea before flying back to Ireland.

Shane dedicated himself to an intense training regiment, which he is chronicled on his Facebook page, which he then kept updated during his trip.