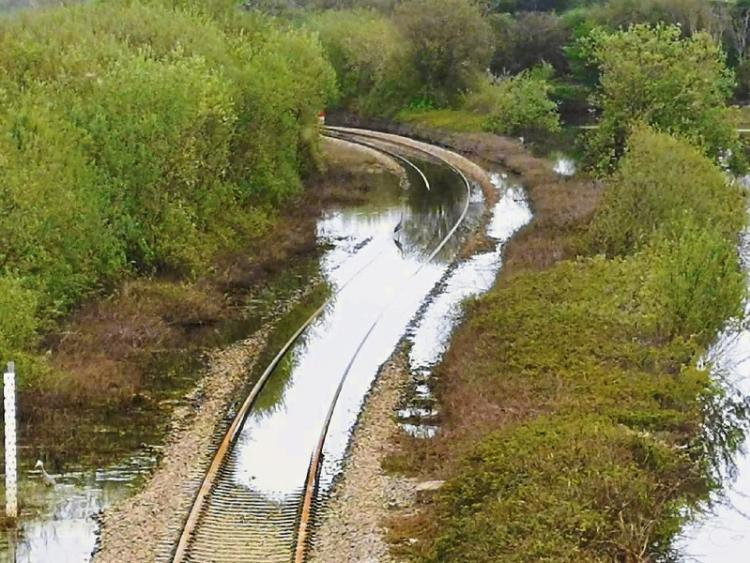 TRAINS returned on the Limerick to Ennis corridor this week following a three-month closure.

The first service between Limerick and Clare’s county town left Colbert station at 5:55 on Tuesday morning following a successful test from Irish Rail on Monday.

The railway line had been closed since late January due to flooding at Ballycar near Newmarket.

A spokesperson for Irish Rail confirmed the news to the Limerick Leader.

They said: “We just had to inspect the infrastructure and run the test train over it. But all is in order. We are operating a revised schedule due to the coronavirus right across our network.”

He urged passengers to only travel along the line if it is absolutely essential.

Flood waters rose to a maximum height of 1.60m above the railway track during some flood events, despite works which saw Iarnród Éireann has previously raised the track level by 60 centimetres at Ballycar in 2003 to mitigate against the effects of flooding.

In addition to causing disruption to rail services, these flood events also caused disruption to the water supply to Newmarket on Fergus as well as blocking local roads and restricting access to farming lands.

Ballycar Lough and its environs lie within a geological and hydrogeological environment where the underlying limestone rock and thin covering of soil and bedrock exposure combine to produce a shallow network of springs, turloughs and disappearing streams.

Five outbound services and six return trains connect Limerick to Ennis daily, the majority of them linking to Galway city.

While they were off, a replacement bus service was in operation. The line re-open a decade ago.