‘It’s better to get it right rather than hastily jump in’, says Limerick TD 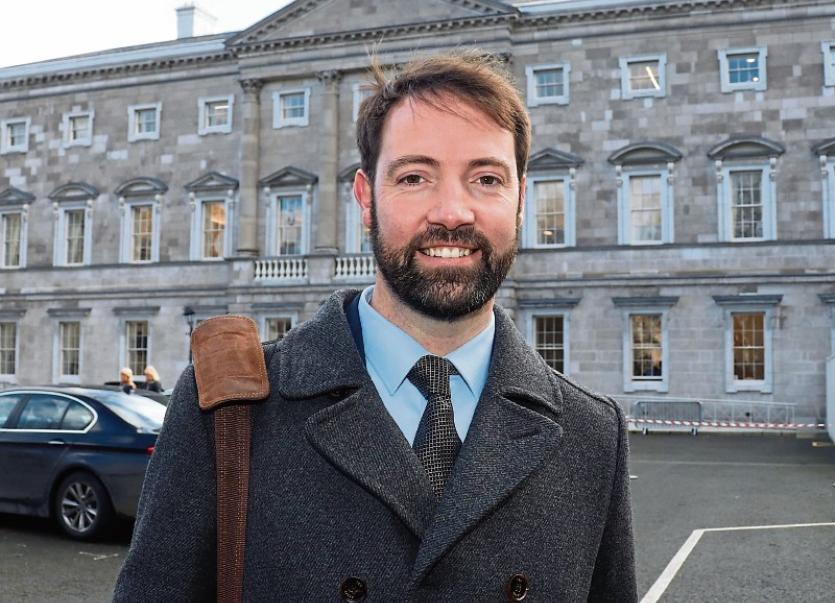 That’s the warning from local Green Party TD Brian Leddin, with talks between his own party and Fine Gael and Fianna Fail still not under way more than 11 weeks after the general election.

The leader of the Green Party Eamon Ryan has put out a list of 17 “questions” he is asking of the big-two parties ahead of any coalition talks.

But there has been some confusion over whether these equate to red-line issues, or simple asks with party members contradicting one another.

For his part, Mr Leddin, who became Limerick City’s newest TD as part of the Green surge, said: “They are not so much preconditions, but questions requiring clarification from Fine Gael and Fianna Fail. It's about establishing a baseline so we are all on the same page. If we do go into negotiations, it would be around our respective manifestoes.”

One thing that the party will not move on is the proposed seven percent cut on greenhouse gasses – something that has caused opposition from many quarters.

“The Green Party has raised the bar extraordinarily high in relation to the emissions reduction. There’s a lot of concern among the different sectors, the agricultural industry and construction. People have been contacting me since last Thursday. There’s a job of work to be done by the three leaders to demonstrate how a 7% cut can be achieved,” he told the Limerick Leader.

But Mr Leddin said: “It can be done, it would require huge changes in how we manage our society. The number comes from the EU target of 50% reduction by 2030. If you work it out, it's essentially 7% per year. It might be the case certain things we do now such as as planting trees or planning rail infrastructure, if we do these things now, we might not get the reductions to down the line. But what's important is we do do the things now.”

There have been suggestions in some quarters that a grand coalition – eight seats short of the magic majority – could seek to be propped up by a number of Independents.

“I don't think the public would be too happy if two parties who didn't do particularly well in the election would reach out to very locally-focused Independent TDs from around the country who have very special local interests,” he said.

Taoiseach Leo Varadkar has previously said it will take until at least June to form a new government.

Mr Leddin – who made his maiden Dail speech this week – said: “It could be played out in all number of ways over the next few weeks. We are not in ordinary times. There is the very real challenge of meeting each other and discussing all these policy points. But also the other thing about the pandemic is that the finances have completely changed. In this climate of financial uncertainty, it's going to be very difficult to move quickly. A lot of research is needed. It could certainly drag on. It's better to get it right rather than hastily jump into anything.”

Mr Collins – who has been tipped for the role of chief whip in the 33rd Dail’s administration – added: The whole process is very much in its infancy.”