Limerick footballers stuck in eye of Covid-19 wave in Australia 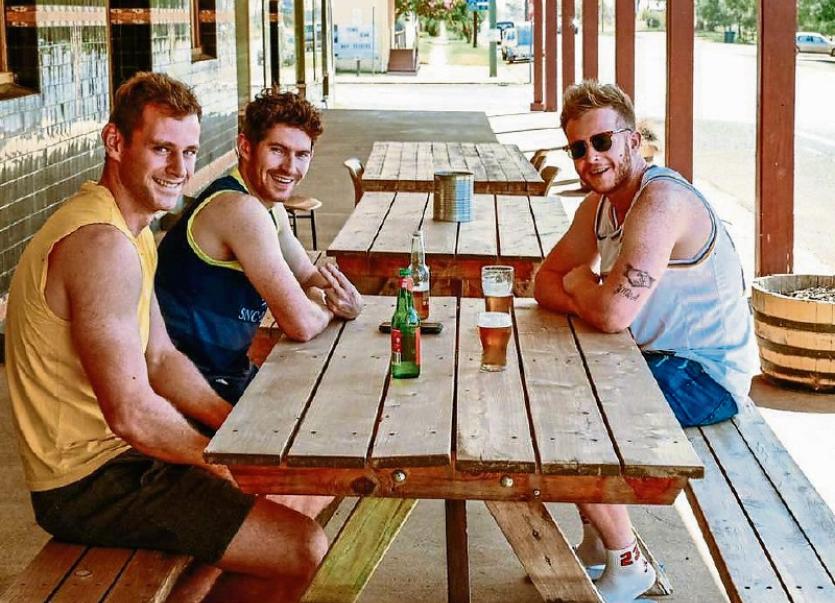 TWO Limerick senior footballers have spoken of their coronavirus double quarantine ordeal while tens of thousands of kilometres from home.

St Kieran’s GAA stars Sean McSweeney and Darragh Treacy spent 14 hours in an airport quarantine, and two weeks in a hotel room in Sydney not able to see another soul.

Sean described the experience as “mayhem” and “mental”.

The pair had taken time out of Billy Lee’s county set-up this year to go travelling to Australia and Indonesia with their pal Dean Liston.

But only a few months into the trip, they found themselves at the centre of the Covid-19 storm just as it hit Australia, leaving them scrambling for a flight for two days straight, before being placed in quarantine for a fortnight.

Separately, another Limerick footballer, Jamie Lee also travelled to Sydney, and saw his work as an lighting salesman dry up due to the economic lockdown associated with coronavirus.

All three remain down under and are keen to see out their visa terms, which could be extended up to a two-year limit.

Speaking to the Limerick Leader from Bawley Point, a tiny resort south of Sydney where he has found work, Sean McSweeney, who hails from Carrigkerry, explained how he had taken time out of his trip to do a course in Bali when news of the Covid-19 lockdown emerged.

“We came back from the beach and we were heading out for meal and had the television on in the room and saw this breaking news. We heard the Australian prime minister say the whole of the country would be locked down in the next 48 hours to non-residents and non-citizens,” he said.

With that in mind, Sean, Darragh, Dean bolted to Bali’s airport where a desperate search for flights ensued – either to Australia or back home to Ireland.

”It was mental,” forward Sean said, “We literally ended up awake for the next 48 hours trying to get flights. We were trying to get out of Bali, to anywhere that would take us really.”

The trio spent time in queues – both at the airport and on their laptops, with the few available seats snapped up before they even got close to them.

Eventually, they got standby seats on a flight to Perth in Australia – where they were quarantined for 14 hours as arrivals from a foreign land – before getting an internal connection to Sydney “by the skin of our teeth”

The ordeal was far from over, however, with the three then asked to go into lockdown for two weeks.

“We were put into literally one hotel room, the three of us for 14 days straight. We weren’t allowed to leave the room. It was an experience,” Sean said.

Fortunately, friends they had in Sydney were allowed to go out for essential supplies, so they helped the Carrigkerry lads out.

“They would buy us shopping, leave it outside, and then they had to leave before we were able to open the hotel door. It was quite funny to be honest,” he laughed.

Despite this, they are delighted to stay in Australia, having not had a chance to do much sightseeing – their first few months on the other side of the world were spent on a farm earning credits for a visa extension.

He immediately went to Melbourne to take part in a sevens tournament for his adopted club there, Cormac McAnnallen’s before returning to Sydney.

The side finished runners-up, losing the final by just two points.

Sadly a job he had lined up finished after a short period.

Despite this, he wants to remain in Australia for two years, but says he and his girlfriend, Amanda are taking things “week-by-week”.