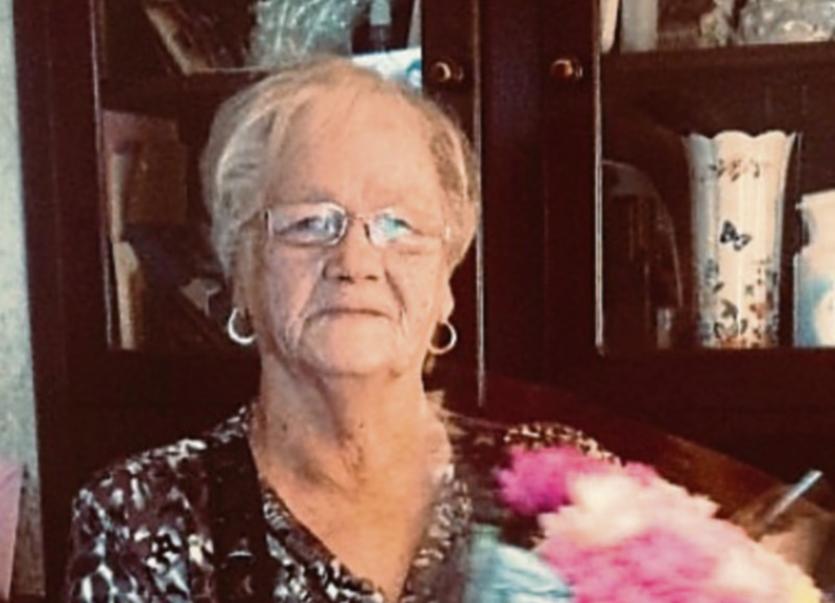 A LIMERICK pensioner who has beaten Covid-19 has put her remarkable recovery down to her late son after she kept a photo of him close to her heart throughout the two-week ordeal.

Peggy O’Donnell, 80, thought “I wouldn’t be here today” after she was left in a critical condition having been struck down with the deadly virus over two weeks ago. But instead, this week, she was sitting under a sun umbrella in her backyard.

“I’m feeling marvellous, marvellous. Thank God, I’m home. Oh my God, to be home it’s just to be home. There is nothing like your own bed,” the popular pensioner told the Leader over the phone from her sunchair at her home in St Munchin’s Street, St Mary’s Park in the city.

Peggy’s ordeal started a month ago when she became sick at home with a lung and chest infection.

Peggy was taken for a test on a Thursday and on the following Sunday night her family got a phone call to say she was positive for Covid-19.

“We got an awful shock. We were devastated,” her daughter Anne Sheehan explained.

The family rang Peggy’s GP and were told to bring her to the hospital. Anne and her sister Margaret made the journey with Peggy.

“She was taken away from me at the door and brought in. She was weak out.  The nurse just took the details from me and then they took mam away. They were all gowned up. I was uncontrollable. One of the porters came over and said she’ll be OK. She’ll be in good hands. I was just petrified that we wouldn’t see her anymore. She has a bit of Parkinson’s and she’s diabetic.”

Peggy was put on oxygen and was on the critical list for four days in University Hospital Limerick.

“They were so good to me, so good to me but they hadn’t the time, they were very busy,” Peggy explained. “They would come into the room to give you the injections or the tablets and a lady then would come in with food. You would only see their eyes, God help us. They were all dressed up. They had to be. God help us a neighbour I knew, I heard him in there and I told the nurse to tell him I was asking for him and he passed away since. God help us. I thought it was pneumonia I had, I didn’t think it was the virus. I thought I wouldn’t be here today. I really didn’t.”

Sadly, Peggy lost her son Michael only last September. “I miss him. He was a good son. I really miss him.  I brought his photo with me. I had him with me. I have him all around the house as well now because he brought me home. Thank God. Thank God and his blessed mother.”

After spending a further two weeks in hospital in Ennis after UHL, Peggy got the green light to go home much to the delight of her family and friends.

“I got a great surprise. All the family outside the door with balloons. When I came home I didn’t eat much with the shock. They had cake and I shouldn’t have eaten the cake but I did and I enjoyed it. There were flowers at the door. I have a good family,” she said.

“When the people were beeping in the cars, she was like the queen bee,” said Anne of her beloved mother. “The banners were out. The neighbours were all out clapping and beeping. They are beautiful people. She was telling me all the stories. She said they were all so good and so kind in the regional, everyone of them. She said the ambulance staff who brought her from Limerick to Ennis were so so caring. We want to thank Dr Amy, one of Dr Richard Murray’s staff who looked after mam and all the staff on Island Road,” said Anne.

The lighthearted phrase being used by the family now when they talk about Peggy’s remarkable feat is “Our queen bait Covid-19”.

“She is still in mourning after losing Michael and then to beat the virus - it’s fantastic. It’s a real feelgood story in the area. There is hope there for everybody for a woman of Peggy’s age to beat it. The whole community is over the moon that she has beaten it”.