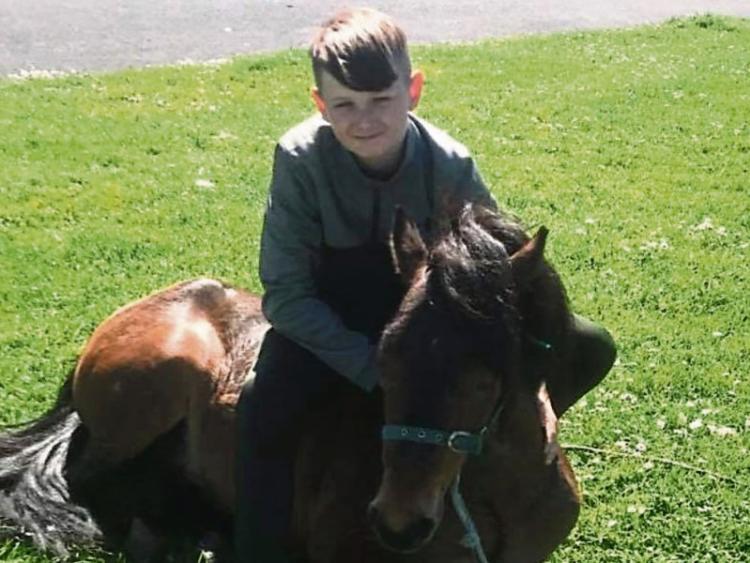 Paul Reddan with his pony Jack

HIGH Court proceedings are to be initiated over Limerick City and County Council’s refusal to waive or reduce the release fee for two ponies which were seized earlier this month.

The schoolboy who owns the animals – named Jack and Picasso – says he’s missing them hugely and hopes he can get them back as quickly as possible.

However, 13-year-old Paul Reddan says he cannot afford to pay the more than €1,800 which is being sought by the local authority.

“They are gone more than two weeks now and it’s getting worse to be honest with you. I have nothing really to do because usually every morning  I would just get up and go over and feed them. They keep me occupied,” he said.

The two horses were seized at the Seven Factories in Moyross during the early hours of Good Friday – days after they were relocated from lands near Boher because of the current public health restrictions.

Paul, who has owned Jack and Picasso for nearly two years, says he decided to move the animals into the city after he was advised by gardai at a Covid-19 checkpoint that travelling to feed and care for the ponies was not essential.

“I brought them back in because of the 2km rule,” he explained adding that the lands where the horses were being kept are owned by another man who is not related to him.

Paul’s mother, Martina, says she’s upset at the way her son have been treated.

“After they were taken we got onto the pound but they just wanted so much money and we haven’t got it – we haven’t the money so we got onto Sarah (solicitor, Sarah Ryan) and she is just trying her best,” she told the Limerick Leader.

“We are being told you are not getting the ponies back and that upsets me because Paul loves his ponies – every morning he walks up and he says he’s going over to feed Picasso and Jack,” she added.

While there has been ongoing engagement with the council, the Limerick Leader understands agreement has not been reached in relation to the release fee being sought.

While the local authority has extended the deadline for payment, it is still seeking an initial payment of almost €800 with the remainder to be paid in installments.

The Leader has learned that officials at Limerick City and County Council have refused requests to reduce or waive the release fee and will not sanction the return of the horses until the initial monies are paid.

Given the failure to reach agreement, papers are expected to be lodged in the High Court this week.

A spokesperson for Limerick City and County Council said the local authority would not be commenting on the matter.