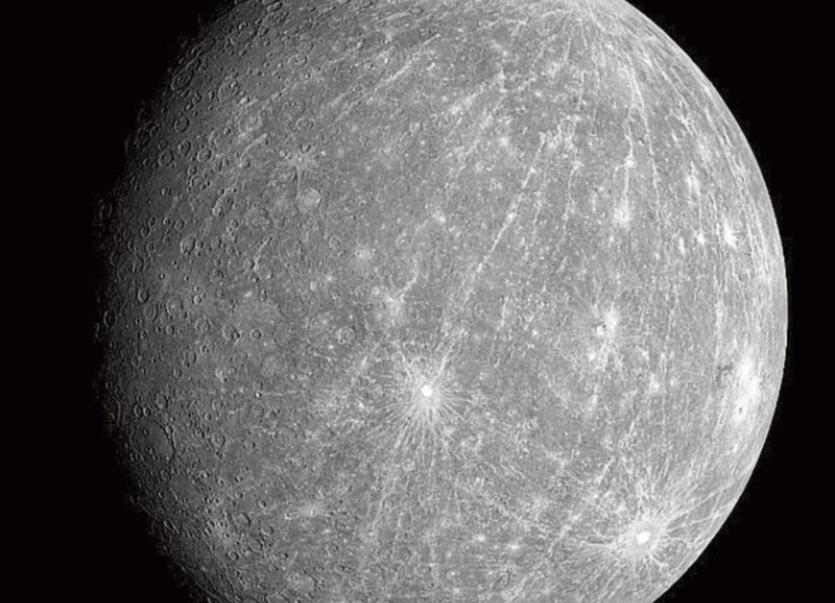 Venus has been dazzling us all for the past few months but May is the last month of the year that will see this planet in the evening sky.

However, if you have binoculars or a telescope now is a great time to view Venus. The faster orbit of Venus will see it get closer to Earth and therefore appear bigger. Venus, similar to our Moon, has phases and is currently approaching its crescent phase making for very pleasant viewing.

As the month progresses the crescent will get thinner and thinner until it will eventually disappear from view as the planets dark side faces us. Just before the last glimpses of Venus at the end of the month it has one final showpiece.

After the Sun sets on the 21st or 22nd May and the sky begins to darken look out for Venus shining brightly low on the western horizon. Close by you might be able to make out the fainter planet Mercury. Mercury is the closest planet to the Sun and for that reason can be difficult to observe most of the time. It is quite often located in the glare of the rising or setting Sun but every now and then when Mercury is furthest from the Sun (at its greatest elongation) it can be observed either at dawn or dusk.

In this instance you can catch Mercury at twilight and using Venus as a marker it should be easier to find.

Although Mercury is much fainter (almost as bright as a 1st magnitude star) both planets can be seen with the naked eye.

However, if you have trouble seeing Mercury, a pair of binoculars you will enable you to see both of these planets in the same field of view. Although these planets appear close together in the night sky, Mercury is actually three times Venus’ distance from the Earth.

The full moon in May, falls on the 7th and is the final supermoon of 2020 a time when the full moon coincides with perigee (when the moon is closest to the Earth in its orbit). This full moon is often referred to as the Flower Moon as it coincides with the many flowers that bloom throughout the month of May.

The different names for each full moon dates back to a time when civilisations tracked the changes in the seasons according to the lunar cycle. These ancient month names are what we use to name the full moons.