Pandemic will have significant effect on Limerick school's academic year 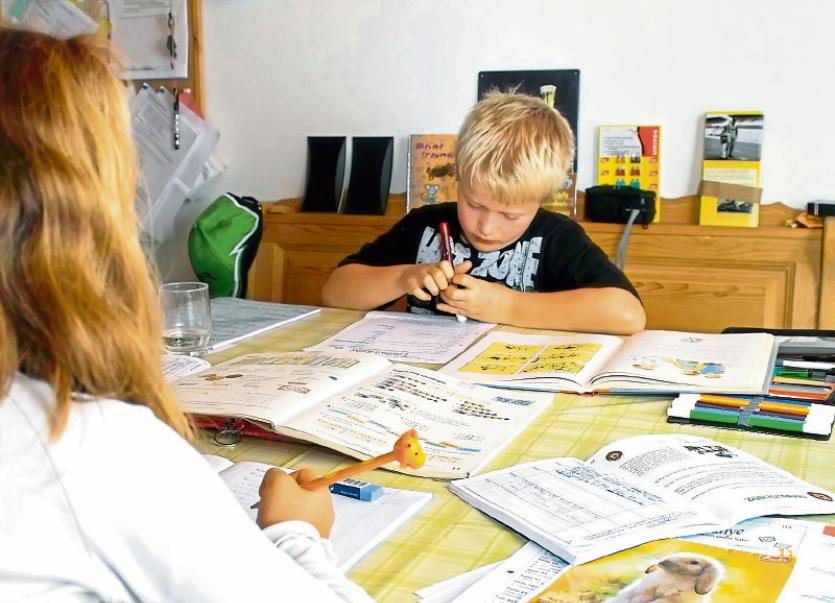 A mother from east Limerick has said she is certain that catching up will have to be done once children return to school, despite measures being taken to encourage online learning from home.

The mother-of-five, who has two children in an east Limerick rural national school told the Limerick Leader that she thinks the pandemic will have a significant effect on the children’s academic year .

“When they announced the closures, of course it was all very rushed,” she said.

Many schools across Limerick and the country are using the website and app ClassDojo to receive and submit work across all subjects, connecting the teacher to the student virtually.

“It’s very hard to motivate them, they just look outside and they see the football. But it's harder to find the time because you have all your other jobs to do, you're snatching time here and there to help them with what they've been given. There's no way a parent could sit down from like nine to three and do a full day of school at home - it feels like never ending homework,” the mother, who also has two children in secondary school, added.

“Every day isn't the same, so even small changes in a routine could be the difference in getting the work done. I definitely think catching up will have to be done, whenever they go back.”

Despite the difficulties, the mother said that the teachers could not be more helpful and patient with the new learning platform, and are always on-call to assist parents.

“We can email the teacher if we have questions about anything, so I had a question about one of the maths questions this morning, and the teacher came straight back to me, and he told me how to do it.

“If you have any issue, it's no problem getting resolved, there's no issue with communication with the teachers. There's understanding and kindness there, and it's kind of a case of doing what you can, I think that's what most people are doing.”

“You can teach them a lot of things when they’re still little, primary school is much easier. During secondary school, they need their teachers more for things like science, languages and maths.”

When asked how the lack of social interaction that comes with being at school is affecting her children, she said: “Well, they miss their friends. They don't miss school, I'll be honest. So they are all connected online when they get on PlayStation and things like that. They don't see their friends but the communication is there, they're not totally isolated.”

A local school principal reiterated how ClassDojo is working efficiently for teachers, parents and pupils.

“The teachers are putting up tasks on ClassDojo, and every child is connected to their class teacher. I was doing it this morning. So from my phone, I can set tasks.”

“We got no sort of guidance beforehand, we didn’t know this was going to happen. So at 11am when we found out, the only thing we could do at that stage was start setting the homework for the two weeks.

“But since then, like, we start to realise this is going to be pretty long term. So another teacher recommended ClassDojo to me, it’s being used a lot in schools in the area,” he added.

“It’s great but it raises the issue of when kids are at home, do they have access to computers and access to broadband? Also, the priority in the house is going to be the secondary school students. It's not going to be the students in third class or in fifth class.

“But it's been a real lesson to us,” he added, “we have to be more progressive in our methods and try and figure out what's out there, you know? It’s not enough to just sit at home and do homework, we have the technology to do more now which is great.”