Contractors line up for €9m scheme in Limerick city 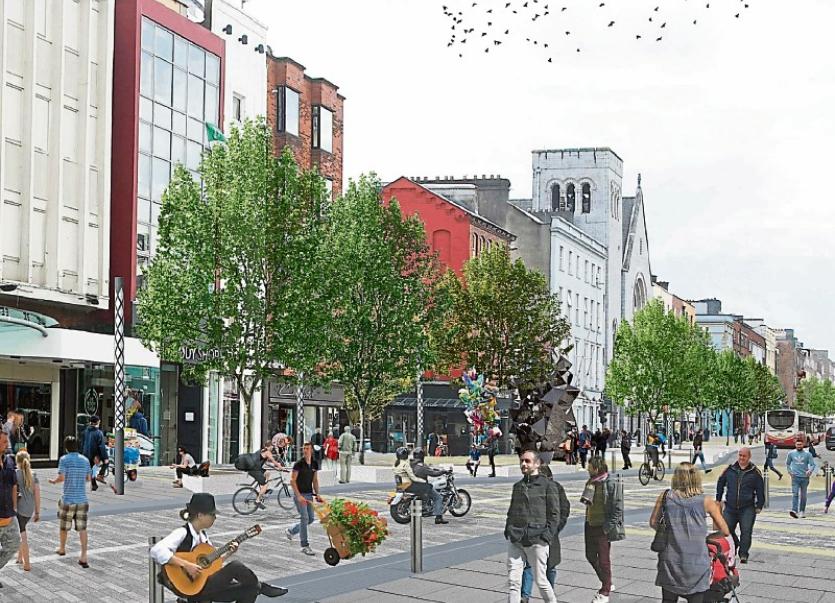 LIMERICK City and County Council has confirmed a “pre-qualification” process to select contractors for the O’Connell Street revitalisation has taken place.

Despite the lockdown due to the coronavirus crisis, a spokesperson for the council said work is continuing on the €9m project which will see huge swathes of Limerick’s main thoroughfare with less traffic access.

The long-awaited plans, unveiled last year, will see a shared traffic surface through the street’s heart, with a reduction in traffic lanes.

This move was controversial, given many feel the original proposals for the revitalisation should have included a complete car ban.

Planners also proposed the laying of street furniture in O’Connell Street, which will include seating areas, bicycle stands and lighting, as well as features such as sculptures, pedestrian plazas and water installations.

A tree planting programme will be kicked off, with 11 trees proposed to be introduced beside the planned rugby museum. It’s anticipated overall in the scheme, 22 trees will be planted.

Other features of the scheme include the relocation of parking and loading spaces from O'Connell Street to adjacent side streets, with the speed limit on the main street cut to 30km pr hour.

A central plaza at Thomas Street beside Brown Thomas will offer the potential for a future artwork to be installed to create a further focal point for pedestrian gathering.

A council spokesperson this Tuesday confirmed plans were being finalised for the multi-million euro development, with work continuing on the final tender document.

Chamber chief executive Dee Ryan welcomed the move, saying: “It’s more critical than ever we get O’Connell Street sorted out.”