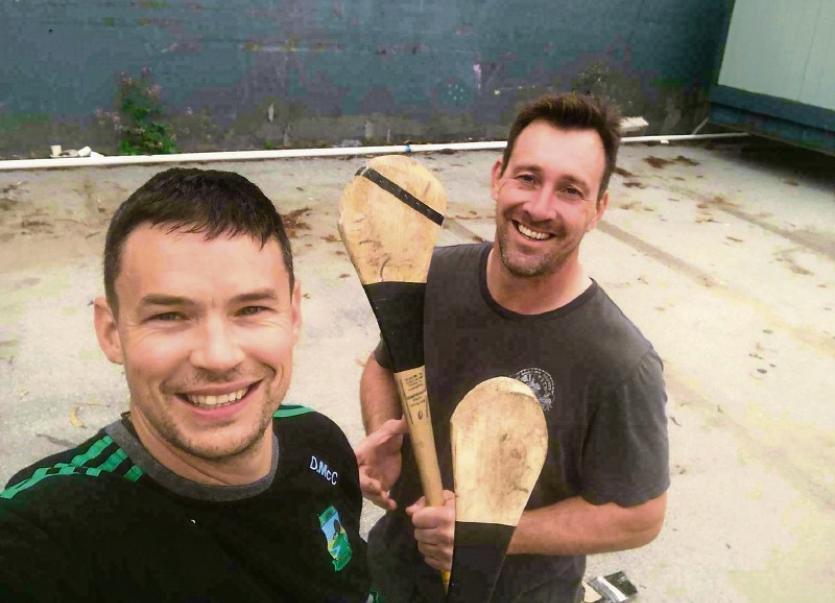 WHILE there may not have been blood or tears, there was definitely a lot of sweat shed during a 24-hour ball wallathon by Glenroe GAA club.

In excess of 100 people took part in the fundraiser which raised  €12,150 for the frontline workers at University Hospital Limerick.

“It started at 9am on Easter Monday morning and continued until  9am on the Tuesday morning. A person started at 9am and hit the sliotar off the ball for a full hour and everyone did one hour slots. They kept going through the night,” explained club secretary Colette Frewen.

Days prior to the event Colette was contacted by intermediate captain Mark O’ Connell who came up with the idea of running the fundraiser.

Immediately he went on the hunt for participants.

“Mark is a great leader on and off the field and not long after, the roster was in full swing. Everyone wanted to get involved. Our senior and Bord na nOg management got behind their players and encouraged them until the end.”

Colette set up the GoFundMe account with a modest goal of €2,000. The support was massive from the get go. Prior to the ball hitting the wall they had already received more than €3,000 in donations. During the course of the wallathon Facebook and Twitter was inundated with  videos and good wishes for the participants and the club. Some participants enjoyed the sun while others completed it during the night alongside Jack Frost to ensure every hour was covered.

“We even had a ball hopping in San Francisco. The club received a special mention from Caoimhe Clancy who is a radiologist in Clonmel Hospital. Caoimhe also got stuck in for an hour during the wallathon,” said Colette.

The club had also mentioned during the wallathon that they would be remembering those who had passed away during the year and special mention was given to Tom Sheehy, Glenroe native and also of Manchester who passed away recently.

“We are just simply overwhelmed by the response. Glenroe is a small community with a very big heart,” said Colette who on behalf of the club and Mark O’Connell thanked everyone who got involved and donated.