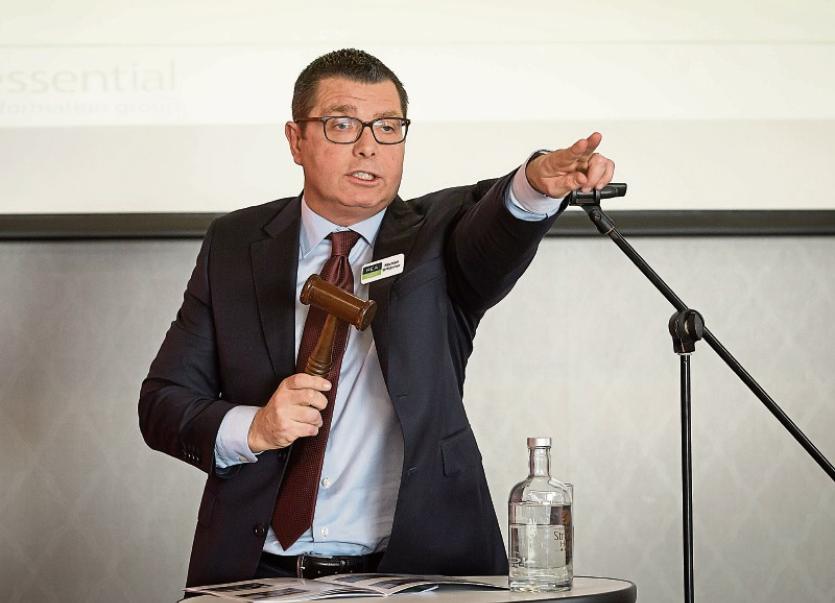 EVEN before the Covid-19 crisis, Michael O’Connor, auctioneer, was planning on doing business differently.

The managing director of O’Connor Murphy had invested heavily in software to allow virtual tours of houses and started a new property, sales and auction platform called youbid.ie

As it is no longer possible to have open viewings or hold physical auctions the new technology was implemented immediately.

They have been running Munster and Connaught auctions for the last five years but a national one on April 5 in the Red Cow Hotel had to be cancelled. However, they are holding an online auction on youbid.ie on May 21.

Reflecting on the current situation, Mr O’Connor said it was the best start to a year they have had since the recession.

“Supply had increased, transactions were up about 10% on last year. I wouldn't say prices increased because there was more supply in the market. Prices were steady,” said Mr O’Connor.

Now, he says the pause button has been pressed but Mr O'Connor is hopeful for the future.

And if they can get back to business by the end of June he says all the ingredients are there for the market to recover.

“This is when we are going to see the benefit of the rules put in by the Central Bank. People have their loan approval and there still is a supply of houses and there is a demand for houses so I think the principles are strong.

“Of course it won't go back to how it was at the start of the year until probably the end of the year, all going well. I don't think it is a disaster for the property market if it doesn’t go on too long.

“I don’t think there is going to be wholesale drops in prices or anything like that as long as it doesn’t go on too long.

“I think the market is strong enough to take this bump and I think the fact that the Central Bank rules were in place - we are now seeing the benefit of that," said Mr O’Connor.

The caveat is if this drags on long term.

“Are we going to have massive unemployment? Are we going to go into a major recession? Obviously those things would have an effect on the property market,” he added.

They hope to be back to controlled viewings in May but for now they are doing virtual viewings using their new software. And are preparing for the first youbid.ie online auction on May 21.

“It's the same as a regular auction except you're bidding online. You can see the bids in front of you. We are going to do online auctions every month for the rest of the year. I think it’s going to be the way going forward.

“It’s an eight week turnaround, so from the day you put it up for sale to the day it closes, it is eight weeks. It’s way quicker than private treaty.

“We have been doing in-room and online auctions for the last 5 years, they have 87% success rate and achieved 14% over their reserve. We have sold over 900 properties that way in the last five years,” said Mr O’Connor who sees youbid.ie as the future with and without Covid-19

He says all the contracts and title documents are uploaded in a data room thus allowing your solicitor to go through all the documents.

“When you buy the property at the online auction you sign the contract on the day. Four weeks later you get the keys. It all takes eight weeks.

“I think the way it has been done by private treaty is too cumbersome and takes too long. For example, in private treaty the vendor can pull out after it has gone sale agreed and bidding wars can last weeks.

"Another advantage of the speed of youbid.ie is if you are selling your home and purchasing another one. There is no delay in contracts being signed and banks can then sign off.

“There needed to be a better structure put in place and youbid.ie is my answer,” concluded Mr O’Connor.

If you wish to sell your property with youbid.ie you can contact Michael O'Connor on 087 2597034; email info@youbid.ie or visit the website for further information.