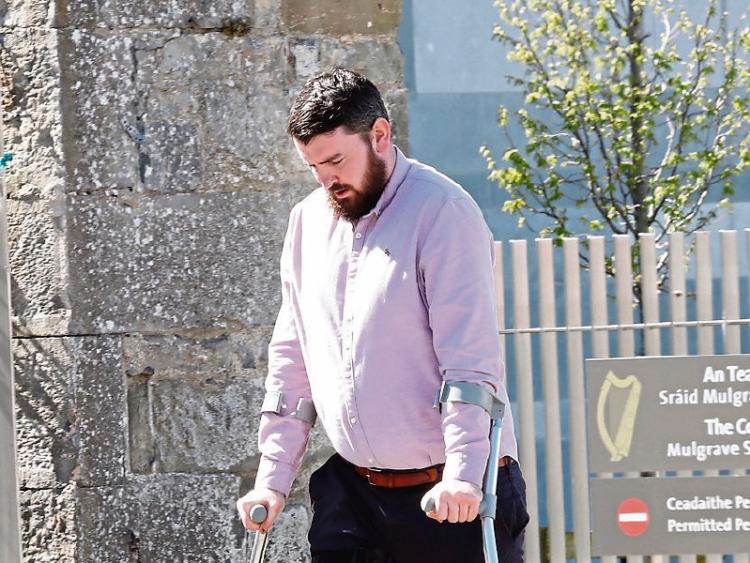 Garda Ferdia O’Halloran has been out of work since the incident last July and underwent knee surgery earlier this year.

A mother-of-three has been jailed for 14 months after she admitted driving over the garda’s foot at Dock Road, Limerick on July 29, 2019.

Amanda Hayes, 30, who has an address at Inis Ealga, Shannon pleaded guilty to a number of charged including endangerment, dangerous driving and driving without a licence or insurance.

Judge Marian O’Leary was told the incident happened at around 4pm as Garda O’Halloran tried to stop a vehicle which had caused suspicion when observed by an off-duty garda sergeant in the Mungret area.

Sergeant Sean Murray told Limerick District Court that Garda O’Halloran dismounted from his pedal-bike and signaled for Ms Hayes to stop and that she initially did so but then drove “straight at him”.

Reading his victim impact statement, Garda O’Halloran said one of the tyres of Ms Hayes’s car collided with his lower leg, calf and shin bone, causing ankle to ‘buckle’ and rupturing a ligament in his right knee.

“Both my legs had to be operated on,” he said, explaining that graft was taken from his left hamstring and attached it to his right knee which had a number of screws inserted.

Garda O’Halloran said what happened has had a major impact on him and he expressed a concern the injury may have an impact on his future career prospects.

He said he is continuing to suffer physically, emotionally, and financially and that he has difficulty sleeping as he is required to wear a full leg brace.

“I’ve been out of work for 35 weeks on basic pay,” he said adding that he does not know when he will be able to return to work. “There are a lot of unknowns,” he said.

The gardai said he has “little of no stability” in his leg and that he has been unable to play sport or go hillwalking walk since.

He also recalled and incident where he collapsed onto the floor at home after attempting to put a spoon in a dishwasher.

Solicitor Darach McCarthy said his client – a mother of two – was under the influence of an intoxicant at the time and that she did not realise the impact of her actions until reading Garda O’Halloran’s victim impact statement.

“It had a massive profound effect on her,” he said adding that Ms Hayes, who has 79 previous convictions, had written a letter of apology to the garda.

She also imposed a €750 fine and a four year disqualification.