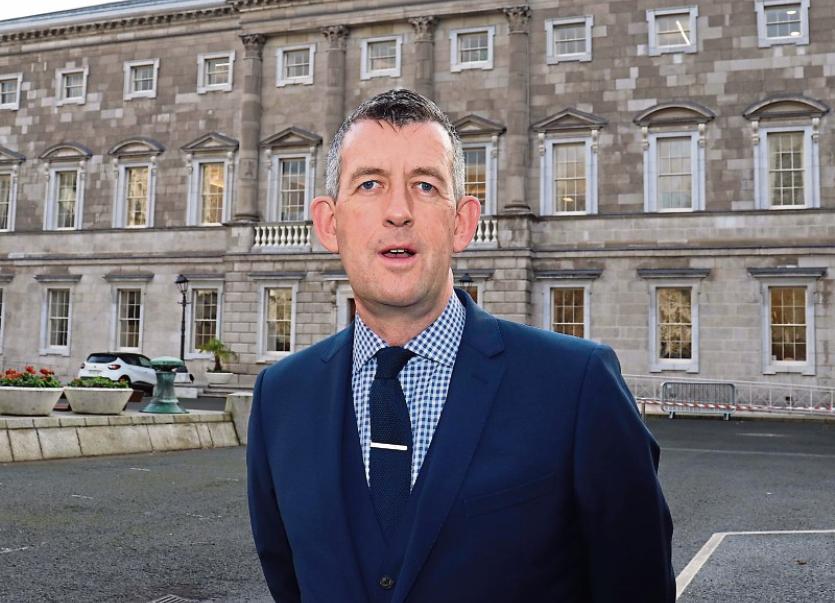 LIMERICK City polltopper Maurice Quinlivan has returned almost 10% of his annual salary to the state.

With tens of thousands of people locally facing the dole queue due to the coronavirus pandemic, the Sinn Fein TD has returned €8,188.44 of his €96,000 wage.

This represents the pay rise he was entitled to.

Mr Quinlivan said: “I know people are struggling. We are in a difficult situation. People are rightly angry that TDs and some public representatives are paid too much. I don't believe this is the time to take a pay rise. We get paid well enough as it is.”

The second-term TD said a decision was made party-wide to return the salaries to the exchequer.

“It is the only way really to do it,” he said, “The country is in a crisis at the moment. Many companies are closed for safety reasons due to Covid-19. Unfortunately a lot of those won't be re-opening. It's not a time for people to take a pay rise. Especially those like ourselves.”

Mr Quinlivan says if anyone is getting a pay rise it should be public sector workers, or those on the front-line.

“Grocery workers in particular are out there on the front-line making sure we get fed. Making sure we have enough food on our table. They are the ones who should be getting a pay rise. Some of them are not necessarily even on the living wage. But they are doing the best job they can in very difficult circumstances,” he told the Limerick Leader.

The majority of Ireland’s TDs are working from home, with the Dáil sittings limited affairs to aid social distancing.

Amid reports some TDs may still be claiming expenses for working back in their constituency, Mr Quinlivan said if they are they must be “living in a parallel universe.”

"Anybody who would be looking for any increase at the moment are living in a parallel universe to the most people who are concerned as to whether they'll ever have a job to go back to.

“Will their child ever finish their Leaving Certificate? These are issues people are concerned about,” he said.

However, the City TD did acknowledge that he has not heard of any TDs making a claim of this nature.